We are now on day five of the January transfer window and as of yet Liverpool have still not made any moves in the market.

The Reds slipped up in the Premier League once again on Monday with a 1-0 defeat to Southampton, and the title race certainly looks like being a lot more closely contested this season.

With that in mind Jurgen Klopp may well be wishing to strengthen his side before the end of the month as he and his team look to finish first for the second season in a row.

Meanwhile it remains to be seen if there are also any outgoings, with a number of players out of contract in the summer.

Here are all the latest rumours coming out of Anfield…

The Reds have been linked with a number of centre-backs since Virgil van Dijk and Joe Gomez suffered long-term injuries.

And Juventus star Merih Demiral is the latest name to be suggested as a potential January signing.

The 22-year-old has struggled to make an impression for the Italian giants this season, starting just five times in Serie A, and it is believed Juve would accept a bid in the region of around £45m for the Turkish international.

However, Liverpool may face competition from the likes of Tottenham and for Demiral’s signature, according to Turkish outlet Fanatik.

The future of Gini Wijnaldum is still unclear, with the Dutch midfielder’s contract expiring at the end of the season.

READ  How do I watch Sky Pick, are Premier League games FREE on the new TV channel and which fixtures will it show?

He was strongly linked with a move to Barcelona in the summer, and the Catalan club are believed to still be monitoring his situation.

But Spanish football expert Alvaro Montero told Sky Sports a deal will be difficult to complete.

“Ronald Koeman wants Wijnaldum but he also wants Eric Garcia. The main problem right now is the economic situation due to the coronavirus crisis.

Liverpool could turn to RB Salzburg again and are being linked to their defender Maximilian Wober.

The 22-year-old could follow Takumi Minamino to Merseyside according to Eurosport, who claim Klopp is a huge fan of the centre-back.

It is not clear how much they would have to splash out to land their man, but considering he has a contract which lasts until 2024 he may not come cheap. 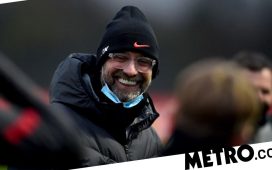 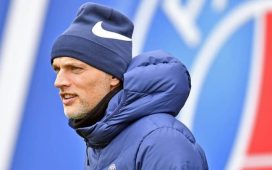