Liverpool may be Premier League champions, but Jurgen Klopp has spent the summer transfer window reinforcing his squad to ensure they are even stronger than last season.

The Reds have brought in Thiago Alcantara, Diogo Jota and Kostas Tsimikas, but more new names could arrive at Anfield ahead of the window closing on October 5.

Klopp is currently facing a mini injury crisis, with Thiago and Alisson doubtful for Monday’s game against Arsenal, and Jordan Henderson and Joel Matip both sidelined.

As well weighing up whether he needs to bring in reinforcements, the Liverpool boss might also look to offload one or two fringe players over the next week.

Liverpool will attempt to beat Leeds United to the signing of teenage defender Sam Campbell by selling him their plan to integrate him into their setup.

Football Insider claims Liverpool are to hold talks with the 16-year-old centre-back, who plays for Scottish Premiership club Motherwell, in the next few days.

He is set to be shown around Anfield and Melwood after the Reds had an offer accepted, with Liverpool planning to initially include Campbell in their Under-18 squad.

But Leeds are also due to show him around their facilities, having also had a bid accepted.

Kylian Mbappe is a Liverpool target – but he has already chosen to sign for Real Madrid next summer.

See also  Will Carling: 'I didn't open the curtains for a year, I was so battered'

The French superstar has informed Paris Saint-Germain bosses he wants to move on next summer, which has put a number of top European clubs on alert.

French publication L’Equipe claims the Reds are in ‘constant contact’ over a potential deal for Mbappe, 21, and that Liverpool could prise him away for £91million if he does not sign a contract extension at the Parc des Princes.

But former Real star Paco Buyo believes he will join Zinedine Zidane’s side in 2021.

“It looks like Liverpool are also interested, but I believe Mbappe has already made his decision [to join Madrid],” he told El Chiringuito.

There is no point in Harry Wilson staying at Liverpool, according to former Sunderland striker Kevin Phillips.

The attacker is the subject of a £12m bid from Burnley, and Phillips believes that Wilson does not have a future at Anfield.

“We have seen it with many players over the years, and you cannot believe they’re still attached to a club because they have been on loan that many times. You forget which club they actually belong to.

“Wilson fits that mould for me. A permanent move would be best for him.

“There is no point in staying at Liverpool if it has been made clear to him that he will not be a part of the squad.”

Belgian youngster Jeremy Doku, who has been linked with a move to Liverpool, has opened talks over a new contract with current club Anderlecht.

The 18-year-old, who already has two club goals this season, scored his first for the Belgium’s senior side earlier this month.

And according to Het Laatste Nieuws via Inside Futbol, Anderlecht are set to offer Doku an improved deal, despite his current contract still having two years to run. 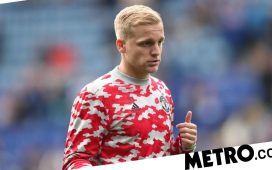