Jurgen Klopp’s side could bank millions in the January transfer window thanks to Newcastle United’s search for a new forward, and with Loris Karius being urged to leave

Jurgen Klopp’s Liverpool could pocket a tidy cash windfall during this month’s January transfer window – thanks to newly-flush Newcastle United.

It comes as the Magpies have been linked with bringing in a new striker, and reports have suggested they could target Liverpool’s Divock Origi or former Reds forward Dominic Solanke.

But Origi may not be the only player to leave Anfield this month, with forgotten goalkeeper Loris Karius told his continued presence at the club “doesn’t help anyone”.

And Reds boss Jurgen Klopp has issued an update on his squad following the Covid crisis which engulfed the squad last week.

Have Your Say! Who did you think were Liverpool’s star performers against Shrewsbury ? Let us know what you think in the comments here.

Jurgen Klopp has provided an update on the health of his squad after seeing his side decimated by injuries and positive Covid tests in recent weeks.

A total of 18 players were ruled out ahead of the club’s Carabao Cup semi-final against Arsenal, which was due to be played last Thursday but ultimately had to be postponed due to absences.

But the Reds boss has revealed the positive Covid tests were largely down to a series of false positives with only one player now ruled out because of the virus while three others continue to miss out with injury.

Forgotten Liverpool goalkeeper Loris Karius has been sent a brutal message from one of the club’s goalkeeping coaches urging him to leave.

Karius, 28, hasn’t managed to come back from making two mistakes in Liverpool’s Champions League final defeat to Real Madrid in May 2018, failing to make an appearance for the club since that harrowing evening for the German.

And now Liverpool goalkeeper coach John Achterberg has told the player he should leave Anfield this month as his continued presence “doesn’t help anyone”.

Liverpool could be handed a few extra pounds to spend during this month’s transfer window as Newcastle United hunt for a striker.

The Magpies were taken over by Saudi Arabia’s Public Investment Fund in October but have struggled in the Premier League this season and are looking to bring in new faces this month who can help them out of their relegation dogfight.

With star striker Callum Wilson being ruled out for up to two months through injury, Newcastle are now said to be chasing a new striker with reports linking them with Divock Origi or former Reds forward Dominic Solanke.

And if Newcastle do opt for one of those forwards this month, Liverpool could bank millions. 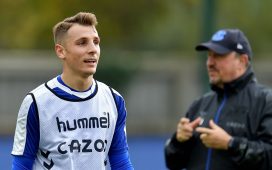 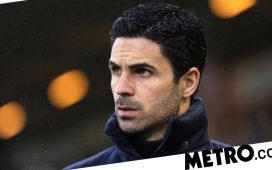 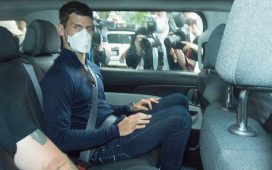 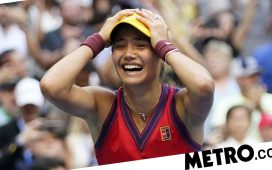