Liverpool forward Sadio Mane suffered a concussion scare while playing in the Africa Cup of Nations for Senegal, as the Reds seem set to miss out on Red Bull Salzburg’s Karim Adeyemi

Liverpool have been made to sweat over forward Sadio Mane after he suffered a concussion scare while helping Senegal book their place in the quarter-finals of the Africa Cup of Nations.

Senegal secured a 2-0 win over nine-man Cape Verde, partly thanks to Mane’s wonder goal which was scored shortly after the Liverpool striker suffered a sickening blow to the head with the opposition’s goalkeeper Vozinha.

But Liverpool will wonder why their star striker was still on the pitch to net the opening goal in the 63rd minute.

It comes as the club appear to have missed out on German wonderkid Karim Adeyemi, and Jordan Henderson’s heartwarming gesture to a Reds fan.

Have Your Say! Who do you want Liverpool sign this month ? Tell us your No.1 target here.

Jordan Henderson’s attempt to hand his shirt to a fan after the win against Crystal Palace went a bit wrong.

In shocking scenes, as Henderson appeared to try and hand the shirt to a young fan another supporter appears to wrestle it away and take it themselves.

Unflustered by the turn of events, however, Henderson responded in an absolutely class manner.

In actions befitting of the Liverpool captain, Henderson quickly tried to rectify things with the supporter who was left empty-handed.

Sadio Mane was escorted from the field after being involved in a sickening clash of heads during Senegal’s 2-0 win over Cape Verde, at the Africa Cup of Nations – only to come back on and moments later net the opening goal.

Following treatment for the mid-air collision in the 53rd minute when chasing a long ball upfield, Mane was allowed to continue while Cape Verde goalkeeper Vozinha, shown a red card for the foul, was carried off the pitch on a stretcher and was reportedly taken to hospital.

Mane went on to break the deadlock, clipping the ball in off the underside of the crossbar after it fell to him at the back post from a corner.

But following the goal Mane dropped to the floor holding his head before eventually being helped off and substituted.

He would later send an update from his hospital bed.

Reds to miss out on wonderkid

Liverpool seem set to miss out on wonderkid Karim Adeyemi, who they have been tracking for some time.

The Red Bull Salzburg forward appears set to instead join German side Borussia Dortmund after they made a decisive move for the youngster.

Adeyemi has scored 18 goals in 25 appearances for Salzburg this season and has reportedly been tracked by some of the top sides across Europe.

But the striker’s move to Dortmund is now reportedly “taking shape”. 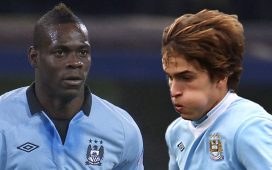 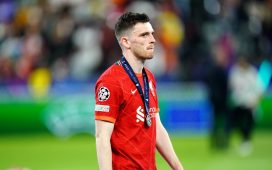 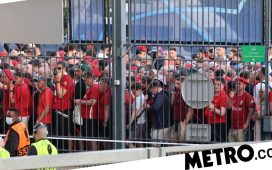