Liverpool legend John Aldridge says it will be ‘a sad moment’ when Jurgen Klopp quit Anfield – but is confident the manager will leave the club.

Klopp this week laughed off a suggestion from his agent that he could leave Liverpool because of the inclement English weather with the comment coming amid constant speculation over whether Klopp will sign a new Reds deal.

Marc Kosicke, who is a close friend of Klopp’s as well as his representative, caused an outcry among Liverpool fans when he said: “It is an open secret the club would like to extend…one should not underestimate [the bad weather].”

Klopp dismissed Kosicke’s comment as a joke, saying: “It is German humour but obviously nobody got it…I am completely fine with the weather.”

But there are still fears among Liverpool fans that Klopp – who led the Reds to Champions League glory last season – will leave Anfield when his current contract expires in 2022.

“It will be a sad moment when the time does come for him to say goodbye but hopefully that’s a long way off yet,” Aldridge said in his column for the Liverpool Echo .

“I’d love him to stay forever but ultimately we can trust him to do what’s best for himself and Liverpool Football Club.

“One thing we do know.. when he does go, he’ll leave us in a really good situation and a better state than he found us in when he arrived, which is not always the case with other managers.”

Aldridge, who scored 50 goals for Liverpool during a hugely successful spell between 1987 and 1989, said he believes the days are gone of managers building long-lasting dynasties such as Sir Alex Ferguson’s time in charge at Manchester United .

The 61-year-old said of Klopp: “He’s so passionate, he really seems to get the Liverpool way and I’d love to see him stay at Anfield for as long as possible.

“But things change sometimes and we all have to understand he’s a human being, situations like Alex Ferguson who stayed in the same job for getting on for 30 years don’t really happen anymore.

“Jurgen’s from a different country and has his own family back there.

“He’s put so much into his time here and throughout his career that the time may come when he wants some time for himself, and we all have to appreciate and respect that.” 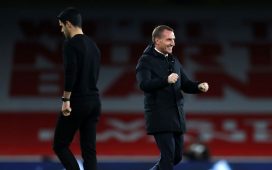 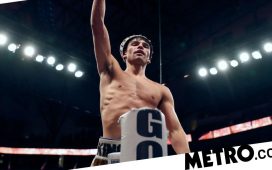 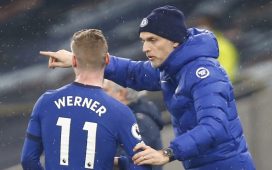