Liverpool in fight to save waterfront’s heritage status


Liverpool’s historic waterfront looms large in the British imagination. Whether what comes to mind are the imposing facades of the Three Graces – those emblems of imperial grandeur, the Royal Liver, Cunard and Port of Liverpool buildings – or perhaps just the sound of 1960s band Gerry and the Pacemakers singing Ferry Cross the Mersey, there is plenty to sing about, without even mentioning the Beatles or Tate Liverpool.

But now the great port city is thought to be in danger of losing its world heritage status because of several planned high-profile development projects.

Reports last week that the UN body that decides on the list of leading heritage sites around the globe – landmarks that include the Taj Mahal in India and Canterbury Cathedral in Kent – are on the point of recommending that Liverpool’s waterfront is stripped of its title have prompted a plea this weekend from some of the city’s leading fans.

An impassioned letter printed in the Times newspaper yesterday has called on members of Unesco – the United Nations Education, Scientific and Cultural Organization – to visit the city before making any decision. “Liverpool, like the rest of the world, has had to focus all efforts on dealing with Covid-19 and is currently planning its comeback,” it read.

“Deletion of world heritage status would be a setback to those plans. And a very unfair one.”

Among the leading signatories are the bosses of Everton and Liverpool football clubs, leading members of the clergy, the metro mayor of the city region Steve Rotheram, and the city’s new mayor Joanne Anderson. Also signing up in support of the city is Lord Heseltine, the former Conservative cabinet minister who led a major redevelopment project in the area, resulting in the regeneration of Albert Dock in the 1980s.

“To me, of course the Albert Dock is totemic,” Heseltine told the Observer this weekend. “But the waterfront is so substantial and there are so many important buildings, some of them new. In my view they should certainly not penalise Liverpool for ­having the courage to move forward. You can’t stop a great city moving forward and you should not try.

“In any case, I believe the city has always been extremely careful in protecting its heritage as it has introduced change.”

The city’s waterfront was named a world heritage site in 2004, and the UN’s world heritage committee, which has the final say on the list, is due to have its annual meeting at the end of next month.

The signatories of the letter of protest argue that the site is now “in a far superior state than when the status was granted – and this work demands a fresh appraisal.”

The letter adds: “Liverpool, which is under new political leadership, has made huge strides to invest in – and improve – its world heritage site.”

Investments in the area include the new £500m Everton FC stadium due to be built at Bramley-Moore Dock, which council leaders say will upgrade heritage assets at the derelict site. However, the plans – approved earlier this year – were opposed by the global heritage body Icomos, acting on behalf of Unesco, as well as the Victorian Society and Historic England.

A planning officer’s report on the application also acknowledged that the development would result in “substantial harm to the outstanding universal value of the world heritage site.”

But Liverpool’s supporters believe a fresh visit to the city would assuage any fears. “We hope they see, like us, that Liverpool’s world heritage site should be shown up as an exemplar of best practice in heritage-led regeneration,” the letter urged.

A recommendation to delete Liverpool from the list is expected to be published next week. 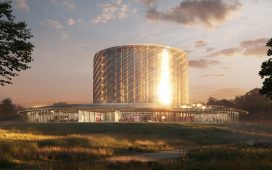