The European Union will likely agree an embargo on Russian oil imports “within days”, according to its biggest member Germany, while US President Joe Biden said the crisis in Ukraine was a global issue and not just a regional one. Follow FRANCE 24’s liveblog for the latest developments. All times are Paris time (GMT+2).

08:01am: ‘Strong views’ on invasion at Quad meeting: Australian PM

The grouping known as the Quad includes Australia, Japan, the US and India. US President Joe Biden, who is attending the meeting, has been pushing for a coordinated response to the Ukraine invasion, but India has maintained a neutral stance.

Speaking to reporters after the Quad meeting, Albanese said Russia’s “unilateral” attack on the people of Ukraine was an outrage. “Strong views were expressed in the meeting,” he said.

07:39am: In occupied Kherson, discontent on display during organised press tour

At a water treatment plant in the southern Ukrainian city of Kherson, a worker offers a curt visit of the premises.  “I was told to give a tour. So, we are giving a tour. Here is where we stock things,” she says, pointing to a closet. “There is a dryer there,” she continues tersely before moving to the next room.

Russian forces took control of the Kherson region, which borders the Donetsk region to the east and Crimea to the south, early in the war and have installed a pro-Kremlin administration.

Protests have broken out in Kherson city, the regional capital, against the invasion of Ukraine. But on an organised press tour three months after the launch of the invasion, residents selected to speak to the press are tight lipped about their situation – mostly.

Ukraine’s President Volodymyr Zelensky said late on Monday that Kyiv was ready for an exchange of prisoners with Russia “even tomorrow” and called on his allies to put pressure on Moscow.

“The exchange of people – this is a humanitarian matter today and a very political decision that depends on the support of many states,” Zelensky said in a question-and-answer video link with audience at the World Economic Forum in Davos.

“It is important … to pressure politically on any level, through powerful business, through the closure of businesses, oil embargo … and through these threats actively intensify the exchange of our people for Russian servicemen.”

“We do not need the Russian servicemen, we only need ours,” Zelensky said. “We are ready for an exchange even tomorrow.”

Zelensky said that Ukraine has involved the United Nations, Switzerland, Israel and “many, many countries”, but the process was very complicated.

Several thousand people are in captivity after Russia captured the port city of Mariupol in southeastern Ukraine and as a result of the battle in the eastern Donbas region, he said.

12:05am: US still ‘a ways away’ from sending troops back into Ukraine, says general

The United States is still “a ways away” from any possible decision on whether to re-introduce U.S. troops into Ukraine, General Mark Milley, chairman of the Joint Chiefs of Staff, said on Monday, even as he acknowledged low-level planning underway.

President Joe Biden decided to withdraw American troops from Ukraine before Russia’s Feb. 24 invasion in order to avoid a direct conflict with a nuclear-armed adversary.

But changing circumstances including a reopening of the U.S. embassy have raised questions about whether US troops may be required to return to help ensure security of diplomats in a country at war.

At a news conference, Milley acknowledged some degree of staff planning ahead of a potential decision to send US troops back into Ukraine. That planning hasn’t made it to his level for review or to the level of U.S. Defense Secretary Lloyd Austin.

Then, ultimately, it would be up to Biden.

“At the end of the day, any reintroduction of US forces into Ukraine would require a presidential decision. So we’re a ways away from anything like that,” Milley said.

“We’re still developing courses of action, and none of that’s been presented yet to the Secretary.”

10:56pm: Russia not sure it needs resumed ties with West, will work on ties with China, Lavrov says

Russia’s Foreign Minister Sergei Lavrov said on Monday that Moscow will consider offers of re-establishing ties with the West and think about whether that is needed, but will focus on developing ties with China.

“If they (the West) want to offer something in terms of resuming relations, then we will seriously consider whether we will need it or not,” Lavrov said in a speech, according to a transcript on the foreign ministry’s website.

He also said Moscow’s goal now is to further develop ties with China.

“Now that the West has taken a ‘dictator’s position’, our economic ties with China will grow even faster,” Lavrov said.

Habeck warned that an embargo would not automatically weaken the Kremlin as rising prices were enabling it to rake in more income while selling lower volumes of oil. Therefore, one consideration was to no longer pay “any price” for oil, but to agree on upper limits, he said. For that to work, however, many countries would have to get on board. 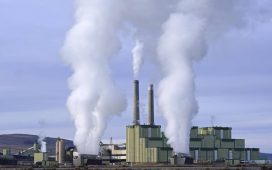 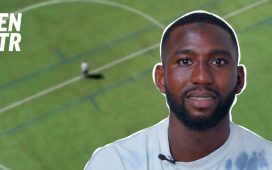 The quest of French youth to become professional footballers 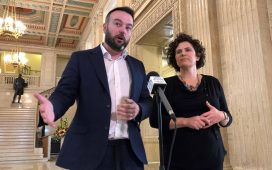 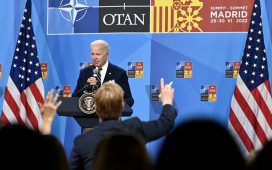 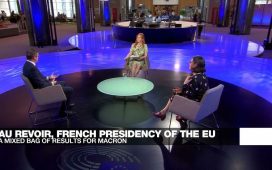 Au revoir, French presidency of the EU: A mixed bag of results for Macron 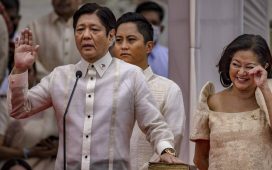 Ferdinand Marcos Jr sworn in as president of Philippines