Little Mix singer Jade Thirlwall has put on a carefree display amid reports that ex-bandmate Jesy Nelson wants to ‘sever ties’ with the group after her exit last year.

South Shields native Jade appeared unbothered by the reports as she took to her Instagram page on Thursday evening to post a collection of fun snaps that showed her happy-go-lucky side.

The Wings hitmaker, 28, looked happy and free in the offerings that showed her cutting a laid back figure in a sage green hoodie paired with matching jogging bottoms.

Jade made sure she was picture ready with a face of radiant make-up and styled her long locks down.

She used her overgrown back garden as the location for the shoot and playfully jumped around for the camera.

Jade nonchalantly flipped her long tresses about and pulled several faces in a world of her own.

Alongside the upload, she shared several emojis that included two leaf shapes, a sun and a star.

Jade’s snaps come after reports emerged claiming that Jesy – who cut loose from Little Mix’s Jade, Perrie Edwards and Leigh-Anne Pinnock last year – has not spoken to any of her former bandmates for several months and she has no plans to in the future.

“The plan was always to stay in touch but that just hasn’t happened because Jesy didn’t want it,” an insider told The Sun.

“She wants to sever ties and start again — that seems to be both professionally and personally.”

Jesy, 29, split from the pop group back in December as she planned to take some time out of the spotlight to focus on her mental health and wellbeing.

Jesy has since decided to launch her solo career and in a recent chat with Cosmopolitan she shared her reasons why.

Despite The former X Factor contestant refusing to discuss her ex-bandmates, she hinted at tension building in the weeks prior to her quitting the chart-topping group.

The hitmaker shared on what it was like being compared to her fellow Little Mix stars for nearly ten years and how now she no longer has “to worry” about pleasing others as she goes out on her own.

Jesy shared: “I don’t have to worry about having a music video or doing an interview wearing an outfit that I don’t want to wear because three other girls want to wear it.”

Suggesting that things were not always rosy, she continued: “I felt like I was coming into an environment, sometimes, where people didn’t want me to be there.”

Admitting that she was “down” at times and that led to awkward moments, she continued: “Sometimes I wasn’t a positive energy because I was so down. When you feel that way anyway, to be around certain people on my team that didn’t want me there was hard.”

Jesy announced her departure from Little Mix on December 14 and said she needed to leave the band to take her life in a different direction.

In an emotional statement, the Black Magic musician said she needed to do the right thing for herself and say goodbye.

“I find the constant pressure of being in a girl group and living up to expectations very hard,” she revealed.

“I need to spend some time with the people I love, doing things that make me happy.”

She added it has all “taken a toll on my mental health” in a heartbreaking announcement.

The remaining Little Mix band members said: “We know that Jesy leaving the group is going to be really upsetting news for our fans.

“We love her very much and agree that it is so important that she does what is right for her mental health and well-being.”

In March, Jesy revealed that she is looking ahead as she embarks on a solo career after leaving Little Mix.

The songstress announced that signed a deal with the global management firm YMU following speculation that she was preparing to storm the charts on her own.

In a statement, the star revealed that she can’t wait to embark on her “next chapter” but did not go into detail about her plans.

The note seen by Music Week, Jesy said: “I am so excited to join YMU and can’t wait to start my next chapter.”

Proving that YMU are extremely proud to have bagged the X Factor star, Mary Bekhait, group CEO of YMU, added: “Jesy has enjoyed incredible success as a recording artist and performer and is well placed to further her remarkable career.

“She is a hugely talented, versatile and authentic artist with a strong creative vision, and we are looking forward to helping her realise.” 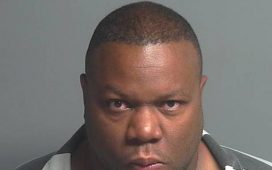 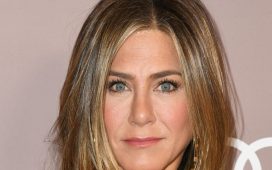 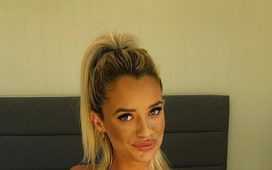 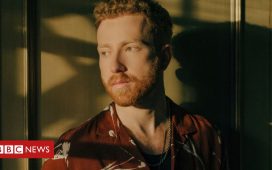 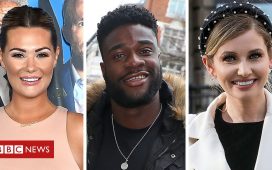 Love Island: What I wish I’d known before entering the villa