A five-year-old with cancer has been granted his wish of becoming a police officer – after being ‘sworn in’ on his birthday.

Jeremiah Valera has spent more than a year fighting stage four neuroblastoma, which spread around his body.

When the North Miami Police Department heard that it was Jeremiah’s dream to become a policeman they stepped in to help out.

The force held a ceremony and swore Jeremiah in as their youngest ever police officer – they also took him out in a patrol car and let him ride a police horse.

Jeremiah’s mum Daniela Isaza, from Florida, said: ‘We were super excited. I was the only one that knew so it was a huge surprise for everybody.

‘We are not from Miami, but were there for two transplants for four months and this city took us under their wing.

‘The North Miami PD has been wonderful to Jeremiah from day one so for them to finally make him one of their own for his birthday meant the world for us.

‘Jeremiah was super excited. It was such a happy and joyful day for him.’

The youngster has been receiving treatment for more than a year – including rounds of chemotherapy, radiotherapy, stem cell transplants, bone marrow biopsies and blood and platelet transfusions.

Recent tests show there is no evidence of disease left in his body – but he will have further immunotherapy in the hope of preventing a future relapse.

Stay-at-home mum Daniela said: ‘Having treatment during Covid has made this experience extra tough and we’ve just been isolated, so to be able to participate in something so meaningful for us it was a wonderful day his eyes light up the whole time.

‘He has always had love for police, I believe the first costume he was able to pick for himself was police officer.

‘He loved the attention he received and seen all his police friends waving at him makes him so happy.

‘I would just like to thank Silvia and the Mystic Force Foundation for making this very extra special for our super hero, and to the North Miami PD for going all out for our son.


MORE : Five-year-old girl with alopecia is raising money to help other children receive their own wigs


MORE : Woman shares car safety tips after man tried to get in while she was parked


MORE : Graduate living with her parents wins luxury £290,000 apartment for £2 in a property raffle

See also  How Nespresso's coffee revolution got ground down
Share on FacebookShare on TwitterShare on PinterestShare on Reddit
newscabalApril 7, 2021 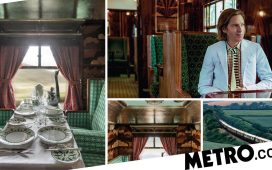 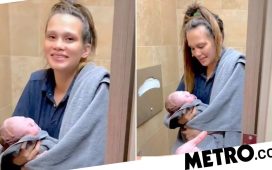