It was just over three years ago that Ant McPartlin announced the end of his 23-year marriage to Lisa Armstrong in a solo statement that’s said to have left her devastated.

And as their divorce grew increasingly messy, Ant revealed they’d cut all contact and were only communicating through their lawyers.

But these days, 44 year old Lisa’s life bears little resemblance to those dark days of heartbreak.

She also shared a screenshot of a message from a delighted fan who said they were thrilled so see the star finally enjoying her own dose of happiness.

“This post makes my heart!” the follower wrote. “I think I have been in pain with Lisa for Lisa and how I would feel – she deserves the best of the best and no less.”

Lisa and Ant signed off on their divorce last year amid reports that TV sensation Ant had given her £31million of his estimated £62million fortune.

Determined to start a new chapter, Lisa packed up her belongings and moved out of the £5million home they had once shared in the posh suburb of Chiswick, west London.

After Ant reportedly sorted through his stuff, Lisa dumped the rest of it by the side of the street with a sign saying: “Help yourself”.

And when a fan tweeted: “Lisa has done an amazing thing and helping locals with some great free gifts that she no longer needs!” she quickly replied: “Exactly.”

At the time, a source told The Sun: “Ant had already sifted through what he wanted to keep and had gophers collect them in recent weeks.

“What was left is being offered for free. His bathrobe has been taken. Footie memorabilia has also been given away. But it was the end for his Newcastle shirts.”

Meanwhile, it was onwards and upwards for Lisa, who snapped up a £4million riverside property boasting five bedrooms, four bathrooms and incredible views across the River Thames.

The perfect pad for entertaining, it also features a 226ft terraced garden along with a chef’s kitchen.

Eager to put her stamp on it, last October Lisa revealed she was ‘living the dream’ after moving into a hotel to escape the extensive renovations taking place at the property.

She told the Outspoken Beauty podcast : “I have literally just decided to move and buy a new house, move at the busiest time in my life.

“And my friend who is an interior designer has helped me out with the house and re-designed it. She has gone in like a bulldozer and now it is like a building site. Now I am in a hotel.

“I am only staying here for a bit. I came to the hotel so I could get some breathing space so I could find somewhere to temporarily live.

“I am just having to deal with it. Getting a room service breakfast every morning is a right result. Grilled bacon, fried eggs… living the dream.”

Her career is also going from strength to strength. She launched her own popular Avon make-up collection and offers regular tutorials to her 94,000 Instagram followers.

Her ex-husband Ant, meanwhile, has also made a fresh start and proposed to new love Anne-Marie on Christmas Eve.

A spokesman for the star confirmed: “Ant and Amzie are delighted to announce their engagement. The proposal took place on Christmas Eve at home in a very romantic setting.”

And Lisa was forced to hit back at claims the news had left her heartbroken, branding the reports a “load of old cr*p”.

And according to one source, a loved-up Lisa was completely unfazed by the news.

The insider told New : “She thought it would be the next step and she was actually surprised they hadn’t got engaged before now.

“She thinks Ant is a different person. He’s not the same Ant that she knew and was in love with, it’s someone very different.” 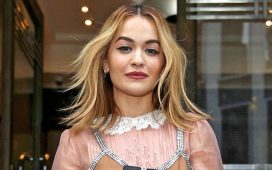 How Rita Ora Was Literally Floored by Meeting Madonna 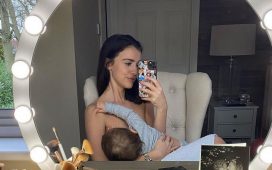 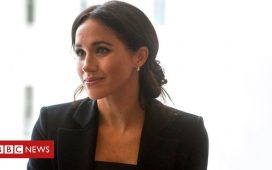 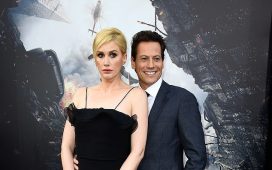