LIONEL MESSI is set to launch his own clothing line with Tommy Hilfiger’s sister in July.

The Barcelona star will release a lifestyle brand with a “sporty edge” on a global e-commerce site called The Messi Store.

Messi has teamed up with Ginny Hilfiger – who is the director of brand portfolio company MGO and sister of American fashion designer Tommy.

The 31-year-old’s clothing line will be mainly menswear, but will include a small selection of women’s tops.

Hilfiger claimed a new exclusive product will be released each week to encourage a “get it before it’s gone tactic.”

The products will be limited at first, but will be kept permanently if they are in demand from the customers.

It has even been reported that some items will even be autographed by the five-time Ballon d’Or winner.

Messi’s sister, Maria Sol, will play a fundamental role in the project and will oversee the creation of the exclusive collection.

Hilfiger said: “Leo is the greatest football player in the world and still has a lot of years left to play.

“Also, he is recognised globally by all types of people, even people who don’t watch football.”

She added: “[He is] A really humble, generous and kind person and a great role model.

“He has been involved since we started talking to the Messi family two-and-a-half years ago when we presented the idea to them.

“His sister, who he is very close to, is part of our team as a liaison helping us know what he likes and doesn’t like and working with us in Argentina and Barcelona.

“She will be working us in New York, too.”

Messi is now set to join the club of global athletes that have produced their own fashion labels.

Juventus superstar Cristiano Ronaldo posed in his underpants last month to show off the latest items in his CR7 collection. 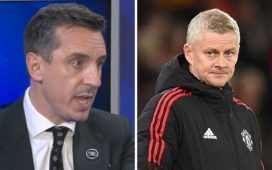 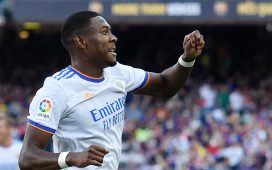