Paris Saint-Germain stretched their lead at the top of Ligue 1 to 10 points after a 2-1 win over the reigning champions at the Parc des Princes, but it was a disappointing night for Lionel Messi 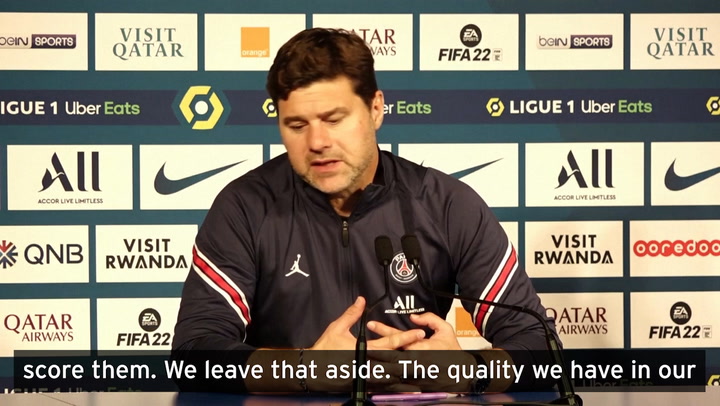 Lionel Messi endured a nightmare first-half and was duly hooked at half-time by Mauricio Pochettino before PSG came from behind to defeat reigning French champions Lille 2-1 on Friday night.

The 34-year-old – who had been an injury doubt ahead of the clash with last season’s shock title winners – appeared laboured throughout the opening 45 minutes at the Parc des Princes, with Les Parisiens’ struggling to keep pace with Jocelyn Gourvennec’s side.

The visitors took a 1-0 lead into the break thanks to Jonathan David’s smart finish on 31 minutes, the Canada international turning home from close range after clever work by veteran hitman Burak Yilmaz.

And it was no less than they deserved for a tenacious performance against Pochettino’s hosts, who, shorn of Kylian Mbappe due to illness, produced a lacklustre, tepid opening 45’.

In Mbappe’s absence, Messi started at the centre of the PSG attack, flanked by Angel Di Maria and Neymar.

But the Barcelona legend, looking notably short of sharpness, had no impact on proceedings – bar one 25-yard free kick which whistled into the stands – struggled to dovetail with teammates and was replaced by Mauro Icardi before the second half got underway.

It’s understood his exit was due to injury, but it ensures that his wait for a first Ligue 1 goal continues.

There will also be more questions asked about where exactly he should fit in this PSG side.

Thankfully for Pochettino – whose management continues to be under scrutiny despite PSG entering the night seven points clear at the top of the table – his side stepped things up in the second half.

They duly made a period of pressure tell and found an equaliser in the 74th minute through captain Marquinhos.

The Brazilian defender, PSG’s Mr. Reliable, volleyed into the net from close range after fine work from Di Maria.

Icardi should have put PSG ahead late on, after a sublime through ball from Neymar sent him clean through, but he was denied by a terrific stop from Ivo Grbic, which went unseen by the match officials.

However, on a night where he was PSG’s driving force, Di Maria wasn’t to be denied; five days after being unhappy at being sacrificed during the stalemate with Marseille in Le Classique, he struck an 88th minute winner to send PSG 10 points clear of their rivals in the race for this season’s French title.

Messi’s early departure will put his involvement in Tuesday night’s Champions League meeting with RB Leipzig in Germany in question.

PSG currently top Group A with seven points, one ahead of Manchester City. RBL sit bottom of the group, having lost all three of their games thus far.

Pep Guardiola’s verdict on Xavi becoming the next Barcelona manager