A LIMITED-EDITION Aston Martin that commemorates one of the most popular James Bond films is tipped to sell for £300,000.

The DBS Superleggera was one of just 50 models made to commemorate the 50th anniversary of On Her Majesty’s Secret Service.

The flashy 007-inspired car is expected to get plenty of interest when it goes under the hammer on February 22, with just 45 miles on the clock.

It was originally bought by an international businessman as a retirement gift to himself, but has been put back up for sale after he returned to work.

The motor features a set of diamond-turned alloy wheels, a carbon fibre splitter and even has limited edition Bond badges.

The rare Aston Martin was finished in olive green, the same colour as the vehicle driven by Bond in the 1969 classic.

On Her Majesty’s Secret Service was the first film in the iconic franchise not to feature Sean Connery, with George Lazenby starring as 007.

The Australian actor was the only person to play the iconic role once, despite receiving a Golden Globe nomination for his depiction.

A spokesman for the Silverstone Auctions of Warwickshire, said: “This car represents a unique opportunity to own one of the rarest cars produced by Aston Martin that, not only acknowledges, but embraces its long association with the James Bond franchise.

“If past auction results have proved anything it’s that any car with a Bond association will carry a premium.

CES 2020: New app could let you pay for your parking from inside your car

“This one is being offered to auction having covered just 45 miles and is the newest car we’ve has ever had the privilege to offer.

“The car has been treated to paint protection and included is a fitted car cover, first aid box and battery conditioner.”

The latest Bond film, No Time To Die, is expected to be released in cinemas on April 2. 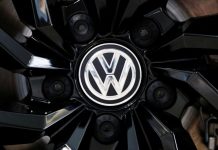 James Ruppert: The cars most likely to fail an MOT