The Ooni of Ife, Oba Adeyeye Ogunwusi (Ojaja II), says a lightning flash witnessed over the weekend in Osun during the Olojo festival indicates that Nigeria’s future is bright.

He also stated that prayers offered during the 2021 Olojo festival would transform the country.

The ruler recalled that on Saturday, when he appeared with the “Aare crown” during the festival, there was lightning, indicating that there would be “a brighter and greater future” for Nigeria.

The Ooni appealed to Nigerians to support him in his drive to protect, promote and add value to traditional heritage and culture.

“There is a brighter future ahead,” Mr Ogunwusi said.

Mr Ogunwusi stated this while observing his ‘Ancestral Traditional Propitiation’ on Monday in Ile-Ife.

The propitiation is the annual visitation by the Ooni to the royal compound in Ife, after the celebration of the Olojo festival.

The monarch disclosed that better days “are here for Nigeria, and it will begin to manifest in all sectors of the economy.” 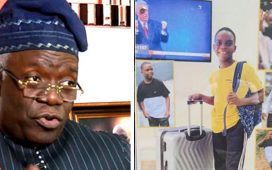 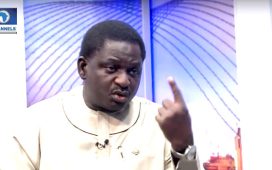 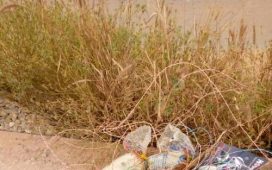