Sara Di Pietrantonio was 22 when she was strangled and burned to death by an ex-boyfriend who could not accept the relationship was over. Her smouldering body was found at the side of a road on the outskirts of Rome by her mother, Concetta Raccuia. The police officer leading the case said Di Pietrantonio’s murder in June 2016 was the most heinous crime he had ever seen. Four months later, Stefania Formicola, 28, was shot dead in Naples by the husband she was trying to leave. Her two sons are being cared for by their grandmother, Adriana Formicola.

As more than 10,000 people marched in Rome on Saturday to mark the UN’s International Day for the Elimination of Violence Against Women, Raccuia and Formicola shared their stories with the Guardian. More than three years have passed since their daughters were murdered but Italy is still struggling to protect women from violent men. Official figures released last week showed 142 women were murdered in 2018, up from 123 in 2017. Of that number, 119 were killed by their husband, boyfriend or former partner. In more than 30% of the cases, the perpetrators described themselves as jealous and possessive.

Formicola said: “It’s a tragedy that never ends and a pain that is with you every day.”

Sara was Raccuia’s only child. “It isn’t easy but I always tried to teach Sara to overcome difficulties in life and to never live with anger,” she said. “I’m now putting all my energy into transforming this misfortune into something that might help others, by raising awareness of psychological abuse – that is what destroyed Sara. We need to really understand the dangers, as psychological abuse is often trivialised but then it ends with death.”

So far this year, there have been 95 femicides. Domestic abuse, rapes and stalking cases are also on the rise. On Saturday, a 51-year-old married man confessed to murdering Ana Maria Lacramioara Di Piazza, 30, in Palermo. He allegedly stabbed her to death after she revealed she was pregnant. Another man was arrested last week for allegedly leading a gang rape of his wife, from whom he had recently separated.

Rita Teodori, a representative for D.i.Re, the women against Violence Network, said: “The data is alarmingly high and each year it seems to get worse. The only solution is to come together and fight, as we’re not being listened to.”

Activists are demanding more government funding for shelters for women escaping domestic violence. Italy has failed to stick to a law outlined by the Istanbul convention, an international agreement aimed at ending violence against women. The law obliged the country to host a certain number of shelters. In Rome, for example, there should be 300 beds available for women fleeing violence; instead there are 23.

Miriam Tola, an activist with the feminist alliance, Non una di Meno, said: “Quite often women are murdered as they try to leave violent men. Therefore, shelters are essential for enabling them to create a path of autonomy. But the funds for shelters and prevention are completely insufficient.”

The majority of the existing shelters are run by associations such as D.i.Re and volunteers, and many of those are on the verge of closure. Volunteers set up Casa Lucha y Siesta in a former train station in Rome in 2008, providing 14 beds for women and children, along with services to help them get their lives back on track. The volunteers are embroiled in a battle with Atac, the public transport company that owns the building and wants to sell it to help reduce its debt.

Mara Bevilaqua, an activist for the Casa Lucha y Siesta shelter, said: “The paradox is that the social services turn to us when they can’t support women. With all the work that has been done over the last 11 years, we estimate that we have saved the authorities over €6m (£5.1m).”

Campaigners are also calling for a quicker response by police to reports of abuse, swift judicial processes for those found guilty of murder and tougher sentences. They are urging the media to change the narrative on femicide, which often describes the murderers as being good people who were motivated by passion.

Formicola takes comfort in an announcement on Saturday by the finance minister, Roberto Gualtieri, that the government is about to approve €12m in funding for the children of murdered women. But she would also like tougher sentences for the perpetrators. The men who killed Stefania Formicola and Sara Di Pietrantonio were given life sentences but it is unlikely that they will spend the the rest of their lives in jail. 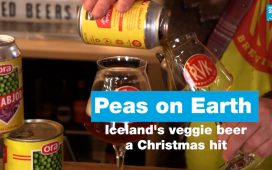 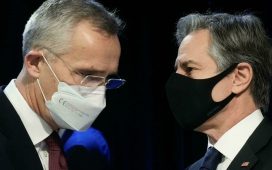