Tasmanian Liberal MP Bridget Archer has crossed the floor to support an independent bill for a federal integrity commission, after accusing the government of “inertia” over the issue.

Telling parliament it was a “difficult decision” to second the motion by independent MP Helen Haines to suspend standing orders to allow her federal integrity commission bill to be debated, Archer said that the “time has gone on long enough” and progress on the issue was needed.

The MP for the marginal Tasmanian seat of Bass said she believed all sides of politics wanted to see a “robust” federal integrity commission, but the legislation had stalled because it was too politicised.

“There is a place for politics, there’s a place for the partisan point-scoring, but on something as important as trust and confidence in elected officials, that is not it.”

The move to suspend standing orders sparked confusion in the House of Representatives under the management of the newly-elected speaker, Andrew Wallace.

As a result of changes made to Parliamentary procedure to prevent the spread of Covid, questions are framed in the negative so that MPs don’t have to unnecessarily cross the chamber. This meant the vote had to be taken a second time, but was lost because an absolute majority was required.

Guardian Australia reported on Thursday that Archer was considering the dramatic move, criticising the coalition’s “inertia” over the legislation.

Archer said she was “perplexed” at the Morrison government’s failure to release a revised bill to establish a commonwealth integrity commission, almost three years after it was promised before the last election.

The government has been under pressure from within its ranks and from crossbench MPs to finalise the bill, with the attorney general, Michaelia Cash, undertaking consultations after a draft of the bill – released last November – was criticised for being too soft.

“I really have a strong view that this is the most important thing we need to do,” Archer told Guardian Australia on Wednesday.

“I am a bit perplexed at one level as to why we haven’t brought something forward, I accept there was a draft bill, there was extensive consultation, there were a number of submissions … and it would have been my expectation that some work would have been going on to draft it, given the feedback.

“I am a bit offended, in a way, that we are prioritising – in a rush I might add – the religious discrimination bill over an integrity commission.”

Archer had warned earlier she was “absolutely” prepared to cross the floor to support the legislation.

“To be perfectly clear, I always reserve my right to cross the floor, that is one of the reasons I sit on this side [in the Liberal party],” Archer said.

“It has certainly been my view that the government and the opposition ought to be working together constructively with Helen Haines on her bill. What’s in there that we think is good? What is in there that we could amend?

“There is a real tribalism to politics at the moment and I think that is sometimes at the expense of governance, and what I think we end up with is inertia. That is probably why the government hasn’t brought it forward, because it is so politically contested now and it just creates a vacuum, and there is inertia.”

Archer said that she believed the integrity commission bill should be “above politics”. She said without a multi-partisan approach to the development and implementation of such a body “no one is going to have trust in it anyway”.

Archer’s call for the bill to be introduced to parliament swiftly was echoed by the Liberal MP for the seat of Curtin, Celia Hammond, who said the establishment of a federal integrity agency was an issue that had been raised by her constituents since she was first elected in 2019.

“It is something I support and have advocated for over the past two years and I continue to do so,” Hammond told Guardian Australia.

“I recognise there are many different bodies and models across Australia – and many different views on what should or should not be included and covered.

“I know that the attorney general has undertaken significant consultation and work on this matter – with a goal of producing an appropriate model and legislation for the federal context. I appreciate that there may be further consultation required, but personally I would like to see the legislation introduced as soon as possible.”

Haines has been lobbying MPs to support her bill, with the proposed model including “all of the robust features of an integrity commission with teeth, and safeguards that means we don’t see vexatious and frivolous referrals”.

The legislation also includes an exoneration clause, that would see anyone whose reputation was unfairly tarnished by an Australian federal integrity commission hearing to be the subject of a report to parliament exonerating them.

In question time on Wednesday, in response to a question from Haines, the prime minister, Scott Morrison, defended the delay in releasing the legislation for the integrity commission, saying the government was returning to “priority legislation” after being diverted by the pandemic response.

“The attorney general has been working steadily away and been working with cabinet on our draft legislation for an integrity commission, and that also soon will be available for people to give their responses to, and we will see whether that has support,” Morrison said.

Haines said that if the government “truly want to pass a bill” they would have written it, tabled it and brought it on for debate.

“Come clean with the Australian people. Prime minister, do you honestly expect Australians to believe you truly want a robust integrity commission?” 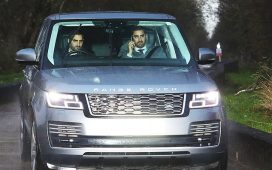 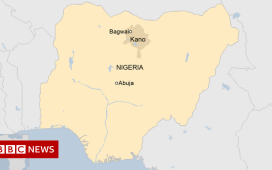 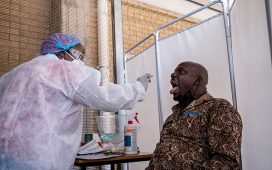