Jeans are the most democratic garment in our closet, worn by presidents and Amazon workers, tech nerds and suburban moms, Albert Einstein and Bruce Springsteen. And Levi’s, with their history of outfitting working class heroes––cowboys, lumberjacks, railroad workers––in search of their own American Dream, are arguably the most democratic of denims. The company has existed for almost 180 years, through slavery and Jim Crow. During World War II Levi’s were designated “staple work clothing” according to the War Production Board to be sold exclusively to those engaged in the war effort. Now, Chip Bergh, President and CEO Levi Strauss & Co, is on a crusade to ensure democracy prevails in the United States.

Bergh is fighting against Georgia’s controversial new voting laws which many argue will make it significantly more difficult for voters in black and brown communities to access the polls, versions of which are also being proposed in as many as 45 other states. “These bills aren’t only racist, they represent a significant step backward for us here in the US,” Bergh said in a statement.

Levi’s has some of its largest operations in Republican-held states such as Texas, Florida, Kentucky, but Bergh will work with legislature in these states to ensure these laws do not pass. Appearing on Friday’s CNN Newsroom, Bergh promised, “We have put our money where our mouth is.” In 2020, the Levi Strauss Foundation donated over 3 million dollars to various states, of which over 10 percent went to Georgia specifically to work with non-profit organizations committed to ensuring safe and equal access to the polls.

Voting continues to be a hard-fought right for many Americans, and Bergh described these bills as a “backlash against the record voter turnout in 2020 and the baseless false narrative of voter fraud.”

The high-profile nature of companies such as Levi’s throwing their hat into the political ring raises again the question of the role of corporations in society, and how involved CEOs should be in matters beyond their own bottom line. Delta and Lyft are among other corporations strongly condemning the laws. Bergh, who also received death threats for his previous stance on gun control, lives by the motto, “Always do the harder right, not the easier wrong.”

President Biden has said it is “reassuring” to see companies speaking up against the Georgia law while Senate Minority Leader Mitch McConnell has threatened there will be consequences, adding, “It’s quite stupid to jump in the middle of a highly controversial issue.” Former President Donald Trump has urged the American public to boycott such companies.

The role of CEOs has changed dramatically during Bergh’s decade in the role. In 2019, the Business Roundtable, a non-profit organization of 181 CEOs of America’s largest corporations, overturned their 22-year old policy, releasing a new statement pushing corporate leaders to prioritize value for all stakeholders, not just the C-suite. In the case of Levi’s this includes a global employee base, diverse team, communities and consumers in 110 countries. Speaking with CNN’s Poppy Harlow, Bergh said, “A big part of the reason we’ve been around for 180 years is we have not been afraid to take a position on issues that are really important, and not been afraid to stick our neck out.”

Fashion editor Jackie Mallon is also an educator and author of Silk for the Feed Dogs, a novel set in the international fashion industry 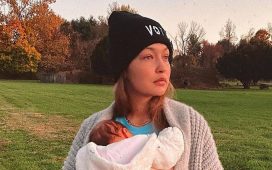 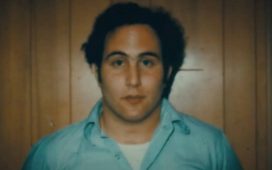