This article is part of FT Globetrotter’s new guide to tennis, as well as our guide to London

Wimbledon comes but once a year and, for many, two weeks of watching the greats do battle on TV or sauntering down to Southfields for live action and strawberries or rain delays and singalongs is enough. A few might even be inspired to pick up a racket in the weeks afterwards.

But for some of us it’s a year-round love affair, played in all weathers and almost always outdoors, even if it means shovelling snow off a court or chasing down balls in howling winds. That’s not to say we’re any good. Even for a devoted player who hits the court every week, improving can be a painfully slow process. So what can a mediocre club player like me do to improve their game?

In the past, I have had the odd lesson with a variety of tennis coaches. What is clear is that each has a distinct approach, which may or may not gel with your particular game and personality. I’ve found it best to narrow in on one or two facets of my game to work on and then go off and finesse those by myself for a few months — until finding the next problem area to address. Untalented but undaunted, I went in search of three coaches with high-level accreditation from the Lawn Tennis Association (LTA) to find out how I can level up and improve three key areas: my forehand, my backhand and my “approach shot”, ie attacking a short ball from my opponent.

Cameroon-born William Ikome has grappled with my game before. After I’d observed him teach others at my club, what appealed to me was his no-nonsense approach: this is a coach who won’t mince his words and will tell you point blank where the problems in your technique lie.

The last time we met, he did what coaches seem to like doing more than anything: he changed my grip. I went from an old-fashioned continental (chopper) grip forehand to a more modern western (frying pan) one that allows the player to generate more topspin. When we meet again, he is pleased to see that I’ve persisted with the new stroke but is unimpressed with how stiff my body stays when I play it.

“It’s the same thing I see with most club players: you play with just your arm,” he says. “You need to use your core and shoulders to get rotation behind every shot. With the arm alone it’s hit and miss.”

It turns out that this not only explains my high unforced error count and why I often have a sore shoulder after a match, but also why my game regularly breaks down just when I need it most — at big moments in tight games.

“If you play with just your arm, you get tense, things fall apart,” says Ikome. “If you’re nervous, your legs may shake, your arm may shake, but your entire body never shakes. So if you learn to play with your whole body, even if you’re under pressure you might manage that better.”

He also emphasises having a strategy. “Do you have a plan against your opponent? When you play against someone, you have to figure out what they don’t like. If, for instance, you slice to their backhand and they make an error . . . ”

“No! That’s the typical club-player mentality!” He looks faintly disgusted.

Because then you become predictable?

“Not only that. You’re giving them enough practice to get used to that shot. Keep it in your back pocket for the big points. That’s your ace card right there.”

Ikome spends the winter months in Africa, training young players there. I ask him whether he thinks we will see top black players coming out of the continent in the future.

“I don’t see why Africa doesn’t have [black] players in the top 100 and I think in the next 10 to 15 years we will,” he says. “I’m trying to explore what I can do to help. I spend time in Ethiopia and Cameroon — Rwanda is another country I want to see what I can do there.”

Nick Kyrgios, Tony Blair and I have something in common: we’ve all benefited from the expert eye of Clinton Coleman. Like some kind of sporting superhero, Coleman mixes his role as a coach at the cosy but unassuming Totteridge Tennis Club with the glamorous globetrotting job of scouting for IMG Tennis, the sport’s top talent agency, plucking future Federers from thousands of young hopefuls at local tournaments in every corner of the world.

In 2010, he discovered a 15-year-old Nick Kyrgios while scouting in Australia. “I met this rather bad-tempered kid,” he remembers. “His mum said, ‘Well, you look after him, then, if you think you can do something with him.’” And so he did, helping to manage the preternatural talent as he rose to No 13 in the world and beat many of the world’s top players along the way. Earlier this year, Kyrgios won the men’s doubles title at the Australian Open with his longtime pal Thanasi Kokkinakis.

Another Coleman success story is Canadian champion Bianca Andreescu, whom he first saw play at age 13 when she lost in the first round of the junior French Open qualifiers. “I went to her mother and said, ‘I think you’ve got a superstar on your hands.’ Her mother said, ‘Are you sure?’ I said, ‘She’s the best I’ve ever seen, she’ll win a major one day,’ and I signed her at that point.” Coleman’s crystal ball proved accurate. In 2019, Andreescu defeated Serena Williams in the US Open final in blistering fashion. A few hours later, Coleman received a text: “You were the first person who ever said I’d do this.”

Today, however, he faces a far sterner test: sorting out my backhand. It doesn’t take him long to zero in on a glaring flaw. While I often hit my forehand “open stance” (facing the court), on the backhand wing, I tend to bring my right foot across, meaning all the power has to be generated by my arm while my body remains rigid. It will take a good deal of drilling — probably more than Crossrail — but the balls that sail cleanly over the net are a start.

I ask him why my serve tends to go to pot at key moments, even when the stakes are laughably low. Is it a mental failing? He dismisses my attempt at self-diagnosis. “If you look back, I bet it’s the same shot every time that you can’t deal with. Mental strength comes from the technique being right, not the other way round. The mental side of the game is only relevant with the very top players in the world.” The message is clear: keep practising your strokes and don’t get delusions of grandeur.

“She’s a genius,” the three ladies leaving the court tell me. “We couldn’t hit a ball when we started.” The woman they are talking about is Lucy Dean, who runs the coaching programme at the venerable Highgate Cricket and Lawn Tennis Club. Dean has tennis in her blood. The granddaughter of a Junior Wimbledon player, she grew up in Hampshire, taking up the game at the same time as her mother, who has since also become a tennis coach.

Today we are looking at my approach game. I’m backwards in coming forwards and tend to hug the baseline as if it were a security blanket. I dread the short ball from my opponent, the one that I know in theory is an “easy” put-away. In contrast to the backhand, Dean wants me to stand more side-on when I play the ball closer to the net. Rather than turning when I hit, she instructs me not to rotate on these shots and instead put my weight on to the front foot — hop on to it, even. These balls need to be struck with more power and less spin. I give it what I think is a firm wallop. “I know you can hit it harder than that,” she chides me gently. It’s deeply satisfying when one hits the mark and I look forward to trying out this new weapon on my unsuspecting clubmates.

As well as the coaching programme at Highgate, Dean now runs her own business, running classes for children across north London. What, I ask, are the main differences between teaching adults and juniors?

“A junior will just look at you and expect you to tell them what to do. Adults want to know more, know why, ask more questions. A junior develops a lot quicker — you can show them something and within a couple of balls they can do it. With adults it takes a bit longer.”

Of course, the adage about old dogs and new tricks comes to mind. I may not be in the first flush of youth, but I am dogged and now I have a few new tricks up my sleeve. Maybe even an ace or two.

Do you have a tennis coach to recommend? Tell us in the comments

Cities with the FT

FT Globetrotter, our insider guides to some of the world’s greatest cities, offers expert advice on eating and drinking, exercise, art and culture — and much more 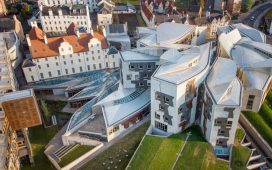 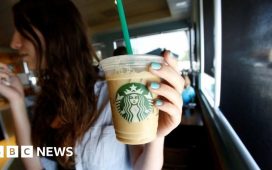 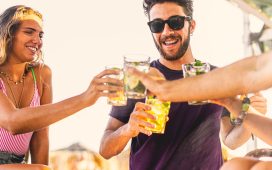 Four easy cocktails with flavoured gins from Aldi and Lidl 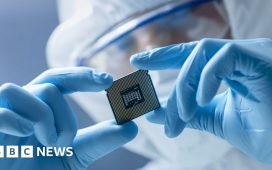 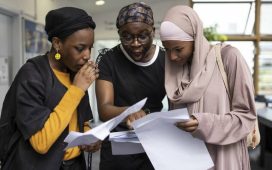 ‘We got too comfortable’: the race to build an LNG terminal in north Germany