“Go and do something that will actually get you a job,” my tutor warily advised. It was the year before I left for university and my dreams of studying politics were punctured on the spot. Instead, I trotted off to do a BSc in computer science. It was not a joyful endeavour: the degree was maths dressed up as technology and I displayed limited scientific aptitude.

Yet studying CompSci was one of the best decisions of my life. My teacher was right: Britain’s universities are overflowing with graduates who can debate the morality of free markets but are perplexed by the von Neumann architecture. By the end of my three years, I had nil desire for a career in programming, but I had developed a love of data and statistics. And when it came to finding a job, my BSc caught employers’ eyes.

British politicians have a similarly strained relationship with science. Harold Wilson embraced “the white heat” of technological change in the 1960s, but failed to see it through. Margaret Thatcher was one of the first world leaders to sound the alarm on climate change in the 1980s, another wasted opportunity. Now Boris Johnson wants to make post-Brexit Britain a “scientific superpower”, building on its success in striving for green energy and the triumph of the Oxford-AstraZeneca coronavirus vaccine.

But the route to that ambition, a huge rise in the nation’s research and development budget, is set to be thwarted in Wednesday’s Budget. Johnson’s plans for spending £22bn a year by 2024 — up from its present level of nearly £15bn — are unlikely to be met in the near future. Scepticism is rife among Whitehall officials about the economic benefits of such high levels of spending.

Following a year when much of the UK’s population — and the world beyond — owes its health and basic freedoms to Britain’s scientific prowess, backing off from boosting science is a huge mistake. Here is an area where few doubt the UK can punch above its weight. Some of the world’s top scientists and scientific institutions are on these isles, along with a rich tradition of innovation.

As with many problems in Whitehall, the challenge is finding a champion. Lofty ambitions were knocked back by the exit of Dominic Cummings, Johnson’s ex-chief adviser, who put data and (computer) science at the heart of Downing Street during his time in government. As with much about Cummings’ critique of the British state, he was right on the need for change. But he has also become the worst possible messenger for a very important message.

George Freeman, a former biotech entrepreneur, is now attempting to reinvigorate the agenda after returning to government in September as science minister. As well as securing investment to boost the UK’s international standing on research, Freeman wants to use R&D to spread wealth around the country.

He argues that there are at least 10 sectors where the UK has an opportunity to create real clusters: “We can drive clusters around the whole country: from hydrogen in Teeside to satellites in Cornwall, to robotics in Warwick and plant genetics in Norfolk.”

Freeman is right that the focus should not be purely on the “golden triangle” of Oxford, Cambridge and London, where more than 50 per cent of government spending on science and higher education currently lands. His strategy speaks to the general policy challenge of agglomeration, creating new sustainable economic clusters in struggling parts of the country.

One senior official involved with the science agenda said the golden triangle is “the natural and easiest destination but we need to be bolder, even if results take time”. Herein lies one of the economic challenges for the Johnson government: these institutions would bring the best return on investment, but they are already world leading by many metrics.

Tackling regional inequalities is going to require many such difficult trade-offs: balancing national vs international aims. But few can argue that “levelling up” is not about conjuring up more high-paid, high-skilled jobs. Science is the most obvious, sustainable and long-lasting way to do that and it starts with spending from the state. Even those, like me, who have struggled with the subject can see that. 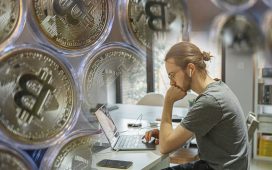