A company in Lesotho has become the first in Africa to receive a licence to sell medical cannabis to the EU.

It will export its first batch to Germany later this year.

The GMP guidelines are the minimum requirements a manufacturer or producer must meet to ensure products are safe and of a consistent high quality. They are used to control the licensing for sale of food and pharmaceutical and medical products.

The company had hoped to receive accreditation last year, but Covid-19 restrictions prevented inspectors from travelling to Lesotho in June.

The company is optimistic accreditation will open doors to business with more EU countries and other international markets. It has already received inquiries from France, the UK and Australia.

A report in August last year forecast the European cannabis market will be worth $37m (£26m) by 2027.

Located 2,000m above sea level in the mountain region just outside the capital Maseru, the company employs 250 people on its 5,000 sq metre farm. But it has plans to increase its workforce to 3,000, “which is almost the entire population of the community”, said Nthabeleng Peete, the company’s community liaison manager.

“Corporate social responsibility developmental projects will also take off and eventually reduce crime and poverty among the villagers,” said Peete.

MG Health’s chief executive officer, Andre Bothma, said: “We are sitting in a rural area where there is hardly any income. More business for the company will create a knock-on effect on the locals too, because we also acquire some products and services from the villagers. Some supply us with vegetables, milk and beans, among other [products]. An increase in the workforce means an increase in the villagers’ income, too.”

The tiny mountain kingdom was the first in Africa to license the growing of medicinal cannabis in 2017. The crop is widely produced in the country, although cannabis possession and use is illegal. 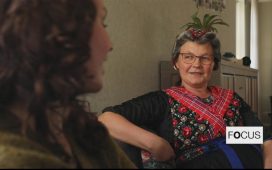