Last week, the federal government, through the Minister of Information and Culture, Alhaji Lai Mohammed, described the report of the Lagos State Judicial Panel into allegations of a ‘massacre’ at the Lekki Toll Gate during the EndSARS protests in October last year as “a triumph of fake news”. I personally don’t even listen when the information minister speaks, and have no recollection of anything he’s ever said, but on this occasion, I am convinced he’s correct.

But let us agree that it is unwise to trust the words of Lai Mohammed, a man who, by the sheer chance of nominative determinism, has a name that rings like ‘lie’. The sober truth-seeker would then read the report objectively and judge for himself what may have happened. I have read the report and can confirm that every single one of the weaknesses Lai Mohammed identified in the report can easily be verified independently by anyone who reads it.

The most important claims of the report, throughout its 309 odd pages, are actually just two. The claim that 11 people were killed by the military on the night of October 20,  2020 at the Lekki Toll Gate and the claim that those killings constitute a ‘‘massacre-in-context’’, to use the report’s own words. On both counts, any capable and objective person who reads the report would not fail to reach the conclusion that it is a classic illustration of current debates about fake news and post-truth politics. I return to this shortly.

Most people understand ‘fake news’ as false or misleading information presented as factual news. But for experts on the subject, this definition is inadequate. The German philosopher of technology and society, Axel Gelfert, for example, insists in a widely cited 2018 article, that for any information to count as ‘fake news’, it must present false or misleading claims by “design”. That is, the attempt to misinform must be deliberate in terms of the sources or channels selected, in what material is presented as ‘fact’, or even in the way the material itself is presented, with the overall objective of achieving political ends.

Fake news aims towards achieving political goals by deliberately presenting false or misleading claims as factual information. In this sense, presenting fake news is a political act, not just a communicative one. But what makes fake news politically effective is a phenomenon social psychologists call ‘confirmation bias’, which is the tendency among people to seek, consume, and favourably interpret only or mainly information that confirms their pre-existing beliefs about the world.

In other words, what makes fake news politically effective is the existence of a political audience ready to accept as valid and even act upon any information that confirms their already existing political biases, however false or misleading the information is shown to be. This way of doing politics by spreading fake news typically through social media, and the influence such way of doing politics has on voters and on political outcomes is, in turn, what experts on the subject call ‘post-truth politics’ in the present age, nationally or globally.

In the UK 2016 Brexit Referendum for instance, Boris Johnson, then one of the leading politicians, who favoured leaving the European Union (EU), and now British Prime Minister, claimed that “after leaving the EU, we will take back control of roughly £350 million per week”, which he said the UK paid to remain a member of EU. It was fake news, of course, but many voters took it as valid and acted upon it, not because the voters were stupid, but because the claim further confirmed the negative attitudes towards Britain’s membership of the EU they had already formed.  Much the same is true of the Americans who stormed the U.S Congress in January this year. They believed former President Donald Trump’s repeated, but objectively false, claims that the election was rigged against him, and acted upon it to the point of going violent.

It is in these examples that two of the most insidious aspects of fake news and post-truth politics come to light. The first is that when injected into a polity in sufficient quantity, fake news poisons democracy and the political outcomes resulting from its established processes and procedures. Secondly, and more specific to the Lekki Panel Report, fake news depends not on verifiable facts contained in the message, but on the authority of the messenger.

What matters to both supporters of Brexit in the UK and of Trump in the U.S, is not the objective facts of the claims made by Boris Johnson or Donald Trump respectively, but the ‘authority’ of these men to make these claims in classic Weberian terms. This is why so many fake-news materials the reader would have come across on social media start by “Wole Soyinka said…” or so and so said. The message cannot support or verify its own claims, but depends on the authority of another to stand as fact.

This is precisely what the Lekki Panel Report has done. It claims that the Nigerian Army committed a ‘massacre-in-context’, whatever that means, at the Lekki Toll Gate on the night of  October 20, 2020. But it said this not on account of any evidence beyond reasonable doubt in the report, but merely on the authority of a judicial panel. The Judicial Panel, in short, has willed a fictitious massacre into existence all on its own authority, rather than by any evidence it collected or presented in the report.

In reaching its conclusions, the panel depended entirely on the testimonies, not evidence, of two witnesses who claimed they were among the protesters on that night. One Olalekan Sanusi whom, according to the report, “was shot and taken for dead”, but who “eventually escaped to narrate his ordeal and experience stated that at least 11 corpses were in the van, where he had been put in and presumed dead” and one Dabira Akuyu who testified, without any evidence in the report, that she saw seven bodies in a military truck (page 287).

So how did a man “shot and taken for dead” eventually escape? How did he count 11 bodies? The report did not say. No one throughout the proceedings counted 11 dead bodies anywhere, and “the medical evidence from Dr Lawson and Dr Aromolate of Reddington Hospital and Granville Trauma centre respectively, reported at least one death at both facilities” (page 287). How did the panel link the 11 or seven dead bodies counted by Sanusi and Akuyu, or the two deaths at the hospitals to the alleged shootings at the Lekki Toll Gate? No evidence of any kind in the report for these.

The panel merely accepted the testimonies of the doctors and the so-called protesters against those of Brigadier General Ahmed Ibrahim Taiwo, the commander of 81 Military Intelligence Brigade, Victoria Island, Lagos, that only blank rounds of 7.62mm were fired by the military, and that were live rounds of the same ammunition fired at a packed protest, even a single bullet would kill up to three people instantly, living brain, chest or stomach matter scattered everywhere due to its impact, and therefore, hundreds of people could have been killed.

But even the testimonies by the doctors were useless, as far as evidence in a law court is concerned. For example, while Dr Lawson of the Reddington Hospital claimed his hospital extracted a bullet from a victim, he could not tender the bullet in evidence but claimed the bullet was with the Surgeon General of the hospital. The panel did not insist on this evidence, as even a group of law school students in a mock court session would have done.

Moreover, Lawson claimed that some victims had what he described as ‘entry and exit’ bullet wounds through their bodies, but did not show how they survived, given the testimonies of General Taiwo. The panel too, did not bother. Nearly, every single page of the ‘Proceedings’ and ‘Findings’ sections of the report, the most important for those looking for evidence to support the claims of the report, is riddled with such inconsistencies and contradictions. Yet, the panel finds ‘a massacre-in-context’ for 11 dead bodies it did not count. Therefore, the use of this term will resonate politically in the minds of those who already believe it happened, regardless of the lack of sufficient evidence to support it. And that, in a nutshell, is what fake news does. 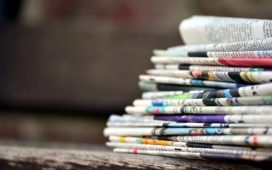 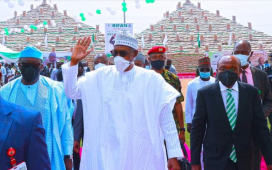 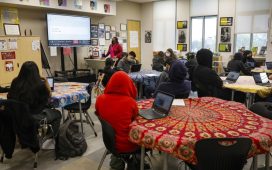 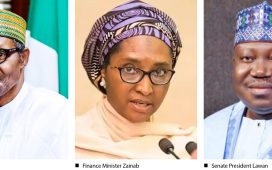 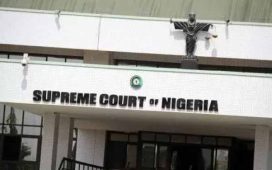