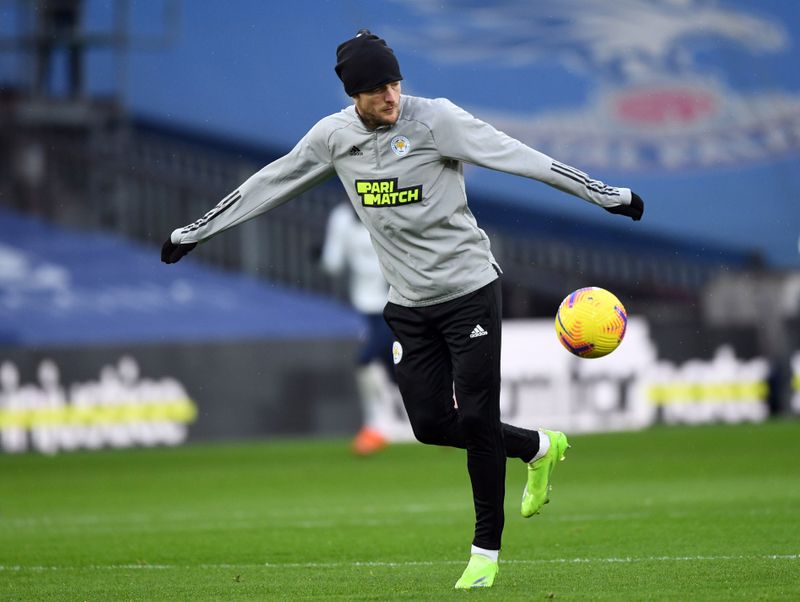 (Reuters) – Leicester City’s in-form striker Jamie Vardy will be sidelined for a few weeks to have a hernia operation, manager Brendan Rodgers said on Friday.

Vardy, 34, has scored 11 Premier League goals this season and is in the running for the golden boot but Rodgers said the hernia operation could not be put off any longer.

“Jamie Vardy will be out for a few weeks. We’ve been managing him over these number of months and he’s been fantastic but we have a window now that allows him to have an operation on his hernia. Then he’ll be back,” Rodgers told reporters.

“It’s one that doesn’t keep him out for too long. It’s a repair around that area. It’s one that we feel we can’t put off much longer.

“This is a window where we can get it done. That will leave him with a good opportunity to be influential.”

Leicester, who visit Brentford in the FA Cup fourth round on Sunday, play Everton, Leeds United, Fulham and Wolverhampton Wanderers in the league in the coming weeks before hosting champions Liverpool on Feb. 13.

Rodgers said he expected Spaniard Ayoze Perez to fill the void in Vardy’s absence, even if he does not have similar traits such as the English striker’s pace.

“We’ve played without Jamie before and scored and won,” Rodgers added. “When you don’t have one of the top strikers in the league, it’s always going to be disappointing.

“It’s not overly concerning. It’s our best chance of getting him back. Ayoze Perez is a natural striker, he doesn’t threaten the backline as quickly as Vardy but he’s a great finisher.”