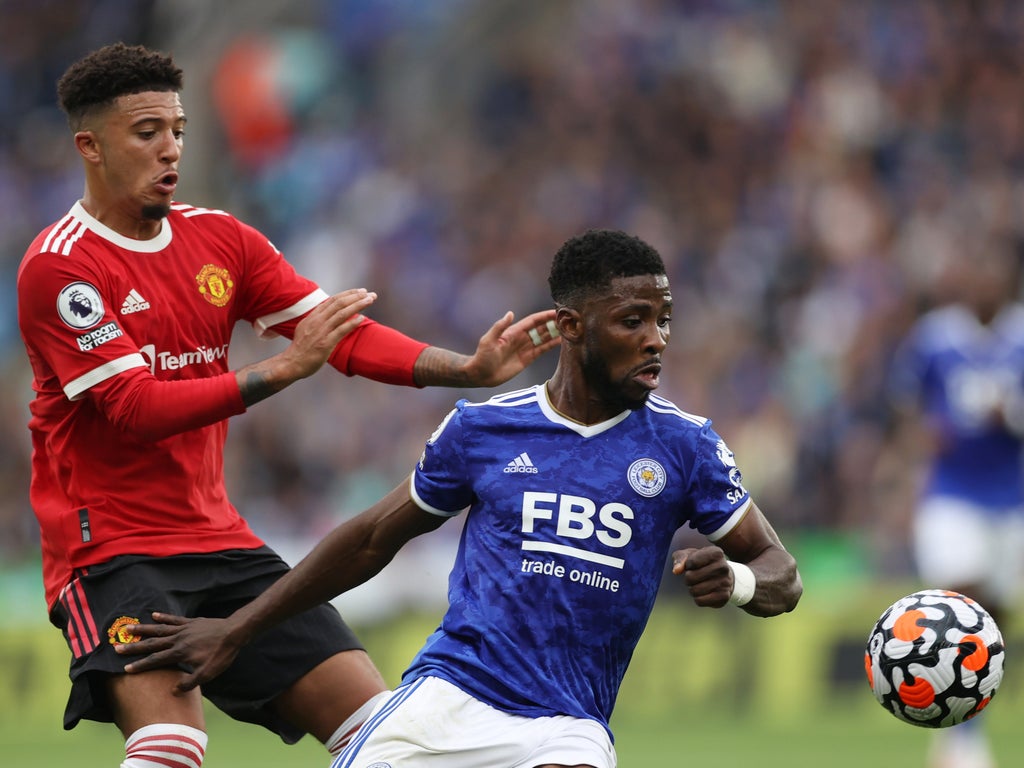 Solskjaer on Manchester Utd defensive crisis ahead of Leicester

Manchester United travel to Leicester as Ole Gunnar Solskjaer’s side look to get back to winning ways in the Premier League.

A defeat by Aston Villa and a draw against Everton stalled United’s momentum before the international break, and Solskjaer has been hit with several absences since. Raphael Varane was injured on France duty and Edinson Cavani and Fred are unavailable following their late matches in South America. The return of Marcus Rashford is a boost, however, while Cristiano Ronaldo will aim to add to his three Premier League strikes so far after drawing blanks in United’s previous two matches in the competition. With fixtures against Atalanta, Liverpool, Tottenham and Manchester City to come next, the pressure will be on United to start their tough run of matches with three points.

Leicester are seeking a win to spark their campaign following a slow start under Brendan Rodgers. The Foxes have challenged United for the top four in each of the past two seasons but find themselves in the bottom half of the table with eight points from their opening seven games. Rodgers has been linked with Newcastle this week but insists he is happy at the King Power. “This is a great opportunity starting tomorrow to get back to our level, get our focus back again and hopefully get one or two players back, and then we can progress as the season goes on,” he said.

Follow live updates from the King Power, including team news, build-up, goal and score updates and post-game analysis – PLUS the end of Watford vs Liverpool:

60 mins: Iheanacho and Tielemans combine to work the ball to the front edge of the box. Tielemans attempts to play in Vardy but Lindelof guides it behind for a corner.

Maddison sends it low into the box but United deal with it and fly forward on the counter-attack. Ronaldo drives forward before sending the ball out to Wan-Bissaka on the right side. He swings in a cross and sends it straight at Schmeichel.

58 mins: Leicester press deep in United’s half with Pogba losing the ball to Tielemans. He shifts it to the edge of the box and then blasts an effort high and wide.

56 mins: Chance! A Leicester clearance comes bouncing over the head of Iheanacho and drops for Matic. He smokes one on the half-volley from well outside the box but catches it sweetly. The shot continues to rise and just shoots over the top of the crossbar. That would have been another banger of a goal if it had gone in.

53 mins: Back at the King Power stadium Victor Lindelof has gone in the book for a challenge on Vardy about 25-yards out from goal. James Maddison takes the free kick and spanks it into the wall. The ball bounces back to him though and his follow up goes flying over the goal.

48 mins: Aston Villa have scored as well! The game just got back underway at Villa Park and Danny Ings has found the back of the net for Villa.

53 mins: Armando Broja breaks the deadlock at St, Marys with his first goal for the Saints! Southampton lead against Leeds.

48 mins: Tielemans takes the ball off Shaw and sends it Iheanacho. He shimmies his way into space on the edge of the box and then pulls his effort wide of goal.

Kick off: Leicester get the back underway at the King Power Stadium. There hasn’t been any changes from either team at half-time. Which way is this one going to go?

Elsewhere in the Premier League