The Leeds United owner Andrea Radrizzani has defended a club tweet criticising pundit Karen Carney for her claim that they were only promoted to the Premier League “because of Covid”.

Former England international Carney, who won 144 caps, said during Amazon Prime Sport’s coverage of Leeds’ 5-0 win at West Brom on Tuesday that Marcelo Bielsa’s side benefited from the coronavirus break in March to win the Championship title. Leeds responded on Twitter by mocking Carney’s comments, provoking a backlash from fans who felt that it would encourage online abuse to be directed at her.

Radrizzani, replying to a tweet which said Leeds should be “ashamed” of their actions, wrote: “I take the responsibility of the club tweet. I consider that comment [from Carney] completely unnecessary and disrespectful to our club and particularly to the fantastic hard work of our players and coaches whom were understanding on the pitch for the last two Championship seasons by all stats.”

I take the responsibility of the Club tweet. I consider that comment completely unnecessary and disrespectful to our Club and particularly to the fantastic hard work of our players and coaches whom were understanding on the pitch for the last two championship seasons by all stats

Radrizzani was supported by the Brighton defender Ben White, who was an ever-present on loan at Leeds last season when Bielsa’s side claimed 93 points from 46 games to finish 10 points clear of second-placed West Brom. White posted three face with tears emojis and current Leeds player Mateusz Klich also used emojis to show disgust at Carney’s comments.

But the former Leeds defender Rio Ferdinand responded to a tweet by criticising the Yorkshire club, which had said it was a “disgrace” and that it was “trying to embarrass a hard working pundit who will now be subject to vile abuse from LUFC fans”. Ferdinand told his 10.8m Twitter followers: “Agree … delete tweet!”

Leeds’ thrashing of West Brom lifted them to 11th in the table with 23 points from 16 games. Only six newly-promoted teams in Premier League history have picked up more victories than Leeds’ seven at this stage of a campaign, but Bielsa has been criticised in the past for his teams falling away because of fatigue.

Carney made that point after the West Brom win, saying: “[Leeds] outrun everyone and credit to them. My only concern would be: ‘Would they blow up at the end of the season?’ We saw that in the last couple of seasons and I actually think they got promoted because of Covid in terms of it gave them a bit of respite. I don’t know whether they would have gone up if they didn’t have that break.”

In 2018, the Football Association was forced to call on the police and social media companies to help shut down online abuse after Carney was subjected to sickening threats. Phil Neville, the England manager, pointed out the abuse Carney had received, sharing an Instagram post which wished “cancer, leukaemia and rape” on her, writing: “A message sent to one of my lionesses players last night, absolutely disgraceful.” He went on to ask Instagram: “Are you going to do something about it?” 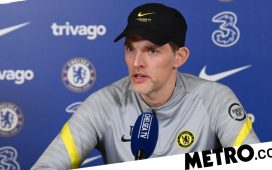 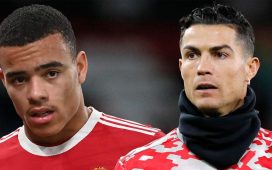 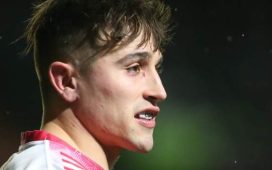