Patrick Bamford scored again, Sean Dyche turned incandescent with barely contained rage and much of the football was as crisp as the bitter yet bright weather.

A combination of debatable refereeing and VAR involvement lent an uncomfortably dyspeptic edge to a game of sometimes clever and always committed passing, movement and pressing that enabled Leeds to reach the 20-point milestone and left Burnley stuck on 13, too close to the relegation zone for comfort.

The margins separating the teams in an increasingly intriguing tactical contest were considerably tighter. “In the first half we could have had a bigger lead,” Marcelo Bielsa said. “But the way Burnley played in the second half prevented us from playing how I wanted and they could have equalised.

The Leeds manager had delivered a 41-minute Christmas Eve monologue explaining he did not, after all, place style above substance. Evidently bruised by a 6-2 thrashing by Manchester United, he claimed his preferred swashbuckling mode represents the best way to win.

Compromise did not seem on the agenda but in a rare nod to pragmatism Bielsa compensated for a central-defensive injury crisis by switching to 3-5-1-1 with Kalvin Phillips dropping back into the sweeping role at the heart of a back three. It proved instrumental to the winning goal.

Dyche thought – understandably – that his goalkeeper had won the ball but Robert Jones, the referee, and VAR disagreed, leaving Bamford to send Pope the wrong way from the spot in the fifth minute. It was his 10th goal in 15 Premier League appearances this season. Who said Bamford could not cut it at this level?

Not to be entirely upstaged, Ashley Barnes also made his mark and had a goal contentiously disallowed. Once again it began with a goalkeeper’s dash off his line, Illan Meslier, this time, charging forward in an attempt to collect Ashley Westwood’s lofted free-kick and clattering into the back of Ben Mee as he outjumped the Burnley defender.

Although Barnes swivelled on to the loose ball and half-volleyed it home, no goal was given. To Dyche’s considerable consternation, the referee had blown for a Leeds free-kick for a perceived foul against Meslier before the ball left Barnes’s foot.

Again with some justification, Burnley’s manager screamed injustice, remaining adamant Mee was the victim and Barnes’s “equaliser” legitimate. “I asked the referee what he was thinking,” the Burnley manager said. “I’m very aggrieved; it can’t be a foul on Ben Mee’s part. The goalkeeper can’t run and knee someone in the back.

“I haven’t a clue where the game is physically now and I can’t see the penalty for Leeds, Nick Pope got his foot on it. Football’s in an odd place at the moment.”

All this controversy detracted from an absorbing clash of contrasting approaches. While most of the early artistic merit marks went to a typically attractive Leeds – even if Westwood attempted to address the balance courtesy of an eye-catching Rabona – Barnes and Chris Wood ensured Bielsa’s central-defensive trio could never relax. Hats off to the out of position Phillips, who impressed as Burnley exposed him to a repertoire of testing high balls.

Granted, Jack Harrison might have scored, while Pope saved well from Pablo Hernández but Dyche’s team improved as the game grew older and they switched to 4-3-3. As the home side visibly tired Burnley began marking man for man, creating numerous individual battles and ripping up the Leeds gameplan.

Yet with Meslier denying Barnes and Westwood, they somehow clung on for the sort of gritty victory not always synonymous with Bielsa. “Burnley don’t create many chances,” he said, “but they’re still dangerous.” 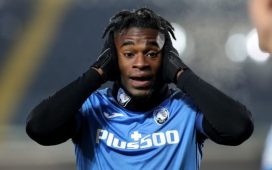 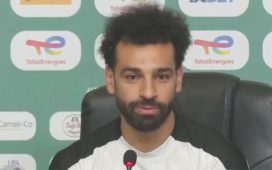 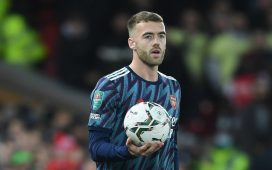