Tottenham ace Harry Kane’s mindset is what sets him apart from other forwards, according to his old teammate, and boss Antonio Conte and co. will benefit greatly 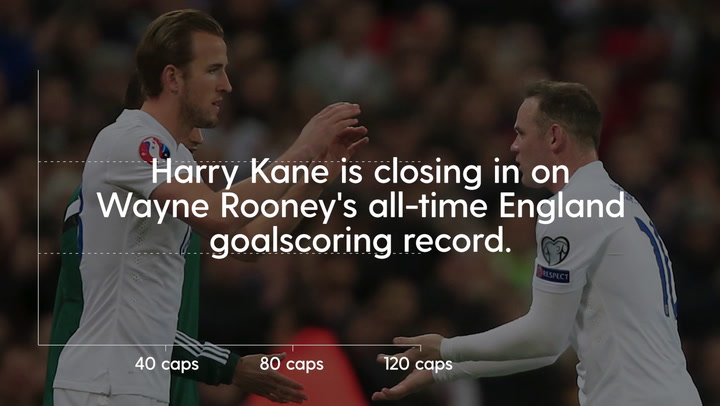 Ledley King knows there are plenty of onlookers scoffing at the seven goals Harry Kane scored against Albania and San Marino.

That there are plenty of players who would have happily sat out of the clash with the part-timers in Rimini on Monday and seen it as a futile exercise.

But he loved his old pal Kane’s desire to play against the lowest-ranked international team in world football because it’s what sets him apart from many fellow pros.

And he expects the goals the Three Lions captain scored will have given him the platform from which to finally start building the season with Tottenham.

King said: “We all know how big a part confidence plays in football and Harry hitting the back of the net in the last couple of games will have done his confidence the world of good.

Harry Kane’s England form will give him a platform upon which to build, according to Ledley King
(

“The best strikers want to score as many goals as they can, regardless of the opposition, and Harry would have been begging to play because he’s thinking about goals.

“Some players would have been thinking, ‘It’s Albania, it’s San Marino, there’s not really much to gain here’.

“But Harry would be thinking, ‘There’s five or six goals here’.

“That’s how the best players think, that’s their mindset, and it’s not just about the goals he scored, you have to look at the quality of the finishes as well.

“That will give him a lot of confidence and we have seen Harry many times go on a run after he has scored.

“He can have been on a little, mini-drought and once he has scored and got that feeling again he goes on a great run, so hopefully that has kickstarted that.”

Much has been made of Kane’s lack of goals this season and his demeanour on the back of his failed attempt to join Manchester City.

But Spurs legend King, who was talking at the latest Signathon live event, is adamant the rest of the team need to take responsibility for Kane’s scoring form as well.

He added: “Harry is always unfazed, he trusts himself and the work he puts in.

“He trusts his technique, that it will hold up in the moment, and even though for him it has been a quiet start to the season, I have no doubt he will be trying to think about finishing top of the goalscoring charts.

Ledley King knows Kane well from their days together at Tottenham

“Another thing to remember is that, while he has not been at his best, it’s not a team that has been creating many chances per game.

“So I’ve never worried about Harry, once he gets the feel for scoring and gets the opportunities for scoring, you always back him to hit the net.”

After the sacking of Nuno Espirito Santo, Antonio Conte is the man charged with getting everyone at Spurs firing on all cylinders.

King said: “This manager will bring out the best in Harry and at the moment we’re not seeing that because of the lack of creativity in the team.

“So it’s up to the manager now to create opportunities for you best goalscorer to be hitting the back of the net.

“The team has changed, it has evolved, and now it’s down to the manager to find a style of play within this group of players that gets the best out of them.

“When you get a manager of Conte’s calibre coming to the football club, as a player it fills you with joy and the prospect of potentially bringing silverware to the club.

“He has been a winner everywhere he has been and as a player you look at that and it could only be good.”