NEWSCABAL
Home » Learn from the test and trace debacle. It shows how the Tories enrich their friends | Owen Jones
finance

Learn from the test and trace debacle. It shows how the Tories enrich their friends | Owen Jones


It’s 33 years since Margaret Thatcher inaugurated the modern rightwing Eurosceptic movement, declaring in Bruges that “we have not successfully rolled back the frontiers of the state in Britain, only to see them reimposed at a European level”. Given the Brexit cause was so inextricably tied with deregulation, tax cuts and a retreat from public spending, there is something of an irony that, less than two years since our withdrawal from the EU, British companies find themselves tied up with red tape at our borders, average taxes have reached their highest levels since the 1950s, and the size of the state has been brought to levels “not seen in normal times” since the early Thatcherite era, according to the Institute for Fiscal Studies.

Some commentators have even declared the contents of Rishi Sunak’s red box to be a “Labour budget”, while ITV’s Robert Peston labels Boris Johnson “an arch-Keynesian”. Such an analysis belies a common misconception: that a leftwing approach to the economy is defined by statism, and that an enlarged state is incompatible with the Tory creed. This fundamentally misunderstands the real ideological battleground, which is over whose interests the state serves rather than its absolute size.

This week’s report by the Public Accounts Committee on the public spending disaster that is test and trace is totemic of this distinction. Thirty-seven billion pounds of public money was thrown at a system that comprehensively failed to achieve “its main objective”, which was to reduce Covid-19 transmission levels and help end the most severe national trauma since the war. That isn’t to say there were no winners: on the contrary, private consultants paid more than £6,000 a day thrived, while outsourcing giants such as Serco enjoyed thriving profit margins at public expense, having been lavished with almost £50m a month by the Department of Health. No shortage of companies have suckled from the teats of pandemic-era state largesse: from multinationals PwC and Deloitte to the spy tech firm giant Palantir.

Johnson is frequently dismissed as distinctly unideological, merely driven by naked personal self-interest and self-advancement. Yet if there is a Johnsonian ideology, it reflects the character of the man himself, who reportedly privately sulks over how insufficient his publicly funded £160,000 salary is and who has long treated his political career as a launchpad for other lucrative gigs. It may not be politically possible for Johnson to hike his own state-provided revenue stream: not so for a vast array of profit-driven companies. Before the pandemic, the government spent an astonishing £292bn – more than a third of all public spending – on procuring goods and services from external suppliers, largely in the private sector. Test and trace merely applied the same philosophy, which Thatcherism was always really about: not so much rolling back the frontiers of the state as redeploying the state’s resources as endless seams of profit for companies to mine.

Privatisation itself was often something of a misnomer. The flogging off of the rail industry may have ushered in a fragmented, pricey, overcrowded mess, but direct subsidies to companies involved surged by more 200% after its privatisation, while the Rail, Maritime and Transport union calculated last year that rail companies stood to make a princely £500m from Covid bailouts.

Indeed, some of the companies profiting from the global emergency already have a record of gobbling up public cash with dire results. For example, G4S – whose contracts included testing centres – was last year fined £44m by the Serious Fraud Office after overcharging the Ministry of Justice for the electronic tagging of prisoners, including offenders who were dead, while Serco were forced to cough up for the same offence. When G4S failed to deliver security for the Olympics in 2012 – leaving the army to fill the vacuum – even the then Tory defence secretary, Philip Hammond, admitted it had shaken his unquestioning belief in the supremacy of the private sector.

With a new health and care bill set to further increase private sector involvement in the NHS, the same formula will inevitably be applied. When it came to PPE, after all, the Tories had a shameless lack of compunction in showering donors with contracts, like Clipper Logistics – whose boss handed our ruling party £730,000 – or the £160m contracts handed to Meller Designs, which then boasted of record profits. See also the £240m deal with Computacenter – another Tory donor-linked firm – to supply laptops to vulnerable children during the pandemic.

In response, Labour has attacked the government’s wasteful spending, but this approach is wrongheaded: it shifts the political debate on to terrain that always benefits the right. The Tories are only too happy to say that central government is wasteful – but just as 19th-century oil barons competed to make their millions from liquid gold, today vast sums are to be made by drilling deep into the British state. Our prevailing economic model hands public money to the profit-driven with often disastrous results. When foreign governments shovel public money into the bank accounts of their cronies and donors, we tut at their corruption. Rather than carelessly wasting public money, Johnson’s cabal ensures it ends in exactly the hands of those they intended. And so test and trace was no aberration: it was a signature example of our entire economic system. 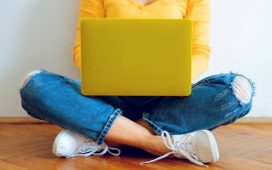 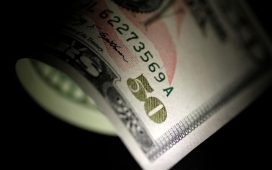 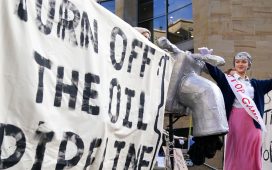 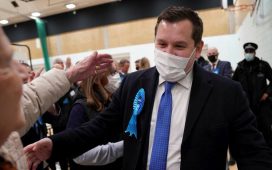