A high-profile UK fracking company has been taken over by a green energy group and now has an anti-fracking campaigner as a director.

Yorkshire-based Third Energy was at the forefront of efforts to produce fossil gas and intended to use high-pressure fluids to fracture shale rocks under the county. But it was hampered by permit delays and fierce local opposition.

Now the company has been taken over by Wolfland Group, a renewable energy company. It has halted all fossil fuel production from its conventional gas wells and has no plans for further exploration or development. Instead it will focus on green energy, including solar farms, and the use of existing wells for geothermal energy and the burial of captured carbon dioxide emissions.

Steve Mason was a leading figure in the anti-fracking campaign in Yorkshire and is now a director of Wolfland Group. “The current energy crisis has shown that we must be energy independent as a nation and that fossil fuels need to be urgently replaced by clean renewable energy supplies, which will lead to cheaper energy and help us tackle climate change,” he said.

“We believe we’re now a real-life example of walking the talk and turning stranded fossil fuel assets into green energy solutions,” he said.

Russell Hoare, managing director at Third Energy, said: “Our [previous] shareholder was actively pursuing oil and gas development in the US and Ukraine. It was difficult to find green investment with the balance still swinging towards fossil fuels. Now we can say we have absolutely no interest in fossil fuels and we can move forward to a sustainable future.”

However, the company will not be changing its name. “Third Energy perfectly describes the energy transition that needs to take place in the UK,” said Mason. “The first energy was fossil fuels, the second energy was nuclear and now the third energy is renewables. It’s a perfect brand for renewable energy.”

Gas prices are currently very high and rising energy bills have sparked fears over the rising cost of living for many families. A few commentators have called for increased gas production in the UK, but experts say this would do nothing to reduce dependence on the fuel or its cost, the price of which is set by international markets.

Instead, campaigners are calling on Boris Johnson to provide home insulation for people on low incomes and a windfall tax on fossil fuel companies to fund emergency support for vulnerable people. 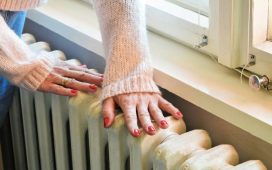 E.ON says sorry for sending socks to customers with advice to keep warm