More than a dozen global health experts have penned an article calling for bigger efforts to stop the spread of anti-vaxx myths.

Companies such as Google, Facebook and Twitter should monitor claims vaccines don’t work in the same way they do violent or threatening messages and pornographic material, the team said.

They called the online spread of untrue information an ‘unnecessary crisis’ and added governments should force people to have their children immunised. 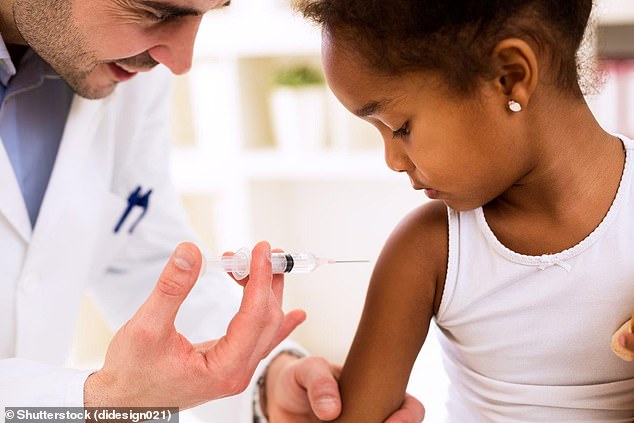 Professors from Harvard, UCLA, Yale, London School of Hygiene and Tropical Medicine and Southampton University were among those who wrote the piece.

They said governments should enforce mandatory vaccination programmes and other professionals should regularly put out accurate information.

The World Health Organization this year listed ‘vaccine hesitancy’ as one of the top 10 threats to human health around the world.

This put it in the same danger category as Ebola, Dengue fever, HIV, cancer and air pollution.

‘We intend to keep up a steady drumbeat of accurate vaccine communications until the traditional public consensus in support of childhood immunization is restored.’

She said in November: ‘Over 30 years, we have vaccinated millions of children. It is a safe vaccination, we know that, and we’ve saved millions of lives across the world.

‘People who spread these myths, when children die they will not be there to pick up the pieces or the blame.’

One myth is based on research done by Andrew Wakefield in the 1990s which claimed MMR led to autism, but his results were later found to be fake, and the work was called ‘fatally flawed’, ‘fraudulent’ and ‘dishonest’ by experts in the field.

Others claim the vaccine doesn’t work – but after the introduction of MMR in 1963, global measles deaths dropped, on average, from 2.6million to around 100,000, according to the WHO.

The figure has fluctuated since, believed to be partly due to the Wakefield scare in the mid-90s, but in 2017 there were reports of only 1,693 measles cases in England.

Dr Ratzan and colleagues from the International Working Group (IWG) on Vaccination and Public Health Solutions warned the US and 34 countries in Europe – they didn’t name which – don’t have enough people immunised against measles to protect the general population and stop outbreaks happening.

In their Salzburg Statement on Vaccination Acceptance, the academics laid out targets for internet companies, governments, health professionals and parents.

They said major search engines and social media organisations should ‘develop principles that distinguish “levels of evidence” in the vaccine information they provide so that they can improve identification of disproven/inaccurate false claims about vaccine safety… just as they do for sexually explicit, violent and threatening messages’.

It added governments should ‘support laws that mandate childhood vaccination when they are likely to improve the public’s health’.

And they should ‘widely disseminate reliable, accurate vaccine information in plain language through mass and social media’.

Religious leaders, parents and even celebrities should be part of spreading this information, the group added.

Professor Lawrence Gostin, from Georgetown University in Washington DC, said parents don’t have the right to risk the lives or their or other people’s children.

‘The resurgence of potentially life-threatening diseases like measles… undermines the integrity of childhood protections that thousands of dedicated scientists, doctors, and public health officials spent the better part of the last century putting in place,’ he said.

‘Parents do have rights to make informed decisions about vaccinating their children, but they do not have the right to place their children, or other children, at risk of a serious infectious disease.

READ  Chief nurse pays emotional tribute to fallen NHS colleagues as she warns: I fear there will be more

‘We need to do a far better job of reaching out to vaccine-hesitant parents.’

The team urged parents to get their information about vaccines from sources with solid scientific evidence and medical expertise, not ‘misinformation and unproven alternatives’.

And doctors and nurses should help by reassuring both parents and children that vaccines are safe, correcting any misconceptions people have.

The Salzburg statement was published in the Journal of Health Communication.

WHAT DOES THE SALZBURG STATEMENT SAY?

The Salzburg Statement on Vaccination Acceptance, written by a group of public health academics who call themselves the International Working Group (IWG) on Vaccination and Public Health Solutions was published today in the Journal of Health Communication.

It laid out the following priorities for fighting ‘dangerous’ claims that vaccines don’t work or are harmful.

Search engines and social media organisations should develop principles to fact-check vaccine information which appears on their sites and to identify and weed out unproven or inaccurate claims.

Governments and policy makers should support laws which make vaccinations mandatory for those who can have them, to widely disseminate accurate information through its own communications, social media, mass media, religious leaders, parents and celebrities.

Health professionals should correct misleading information about vaccines on social media or in community health settings, reassure children and parents that immunisation is safe and effective, and listen to parents’ concerns.

Parents should get their information about vaccines from reliable sources with scientific evidence and medical expertise, not from places which have an agenda or which promote unproven alternatives or misinformation.

Hair loss treatment: An unlikely herb which helps with inflammation and hair loss

The Guardian view on BAME Britain and Covid-19: action not words required | Editorial

Girl, 5, given just 20 per cent chance of survival beats coronavirus and new inflammatory illness within weeks 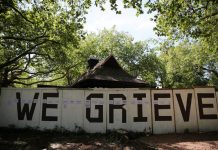 Coronavirus: Risk of dying is higher for ethnic minorities

Coronavirus: Why we don't know how many are being tested