Arsenal hero Lauren says his former club should be aiming to get back into the top four this season and believes Mikel Arteta’s side are capable of doing so.

The Gunners endured a miserable start to the season – losing all of their opening three games of the campaign.

After the September international break, however, the north Londoners went on a run of eight league games unbeaten to rise back up the table.

Their unbeaten run was brought to an end by Liverpool at Anfield last weekend, with Jurgen Klopp’s side earning a 4-0 victory.

The result has left Arsenal in fifth in the Premier League table – three points off fourth-placed West Ham.

Despite their slow start to the season, Lauren feels a return to the Champions League via a top-four finish is possible for the Gunners.

‘They must, we have to put pressure on ourselves always, both individually and collectively, to get to the Champions League places,’ ex-Arsenal right-back Lauren told the Mirror.

‘That’s what I believe. You must always set high targets. They have to try and get back into the Champions League next season and then build on that for the following years because it makes such a difference getting into the top four.

‘There’s Liverpool, Chelsea, Man City and then maybe there’s one place open. The reality says that you cannot fight for the league. There’s still many points but Arsenal have shown with some of the displays before Liverpool, I believe this team can get to the Champions League places.

‘But the target now should be to get to the Champions League positions.

‘I believe this team is capable of getting into the top four positions. To win the league is not impossible but it’s really, really difficult.’ 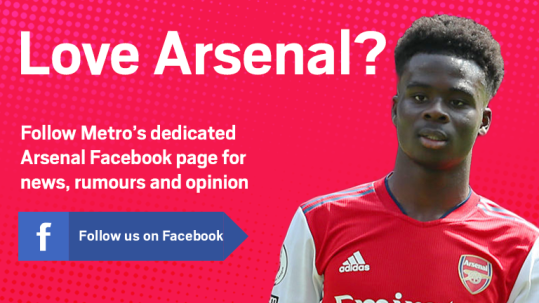