When Laura Muir was a teenager, she was so fast that local farmers employed her to catch newborn lambs before they got lost. Now, though, she will have to chase two lions to win gold at these Tokyo Olympics. The first, Sifan Hassan of the Netherlands, is going for an unprecedented treble of 1500m, 5,000m and 10,000m at the same Games. The second, Kenya’s Faith Kipyegon, recently ran the fourth‑quickest 1500m time in history.

However, the popular Scot is convinced she has a shot at the podium, which would be her first in a world outdoor event, and is in the “greatest shape” of her life. The bookies agree and make her third favourite for the 1500m when it begins on Monday.

A medal of whatever colour would also erase the pain of the biggest heartache of her career, at the 2016 Rio Olympics. Muir, then 23, bravely went for broke by chasing Kipyegon and the Ethiopian world record holder, Genzebe Dibaba, rather than staying with the pack racing for a bronze medal. It was gold or bust – and bust won as she finished seventh.

“I think I’m such a different athlete from where I was in Rio,” she says. “In Rio, I’d only raced the 1500m at a global championships once, so I’ve got so many more different championships under my belt which I’ve learned from in terms of race tactics. I’m also physically much stronger too, with a lot more training as well as more altitude, heat and different warm-weather camps.”

Muir has been helped by the decision of Ethiopia’s Gudaf Tsegay, the world indoor 1500m record holder, to skip this race and favour the 5,000m, as well as the recent nandrolone ban for the American Shelby Houlihan. Both athletes finished ahead of Muir, who was fifth, in the 2019 world championships.

However Muir believes she will also be aided by opting out of the 800m at these Games and just focusing on the 1500m. “That will help a lot,” she says. “We wanted to give ourselves the option of the double, but the more we looked at it, it would have been physically and mentally very tough. Especially with the heat and conditions, it would have made it really challenging in terms of recovery.

Unlike some athletes Muir is able to take a broader perspective of her wins and losses, with her love of animals and her wide range of interests helping. She is also a qualified veterinary surgeon which she intends to make her career focus once her time on the track is over.

Muir’s childhood in Milnathort, surrounded by animals, inspired this other passion. “Growing up, I had lots of pets, I loved working with animals, it just felt like the path I wanted to go down,” she says. “I had a pet rabbit and guinea pig. I had six pet rats and a dog as well from the age of eight. I was just fortunate that, living in a country village, I had friends who had dairy farms and I helped them out with lambing and had stables and stuff, a little bit of everything.”

Naturally, “getting covered in various stuff you probably don’t want to mention” came with the territory. “I remember, as well, helping out with lambing and there were little lambs on the hills. They’re fast little things, even though they’re only a few hours old, and we had to spray them to mark them with their mothers so they didn’t get lost. We had a great system, me and the farmer: he would drive the quad bike and, at the last minute, I would jump off.

“I’d catch the lambs, because I was quick, and then we’d spray them, and then I would hop back on and we’d be off again. Running came in handy for that.”

For now, however, all her focus is on Tokyo: “I’m fully fit, touch wood injury-free, just bubbling myself and putting myself in bubble wrap to make that finish line still in 100% fitness and shape, and in an awful lot stronger condition than previous years.”

Would she be prepared to take the same gamble she did in 2016, by going with Kipyegon and Hassan and risk blowing up in the closing stages? “I’d love to give a good shot but it does depend on how the other parts of the race have gone on and where I am in comparison to them, and what time we’re running,” she replies.

“There’s an awful lot of variables to consider but, at the same time, you just have a feel for it. You just kind of know. And I know my body now and I know when I can make a push or not.

It will come down to the race. But I’ve put myself in the best position to be successful. And I’m in the greatest shape of my life.” 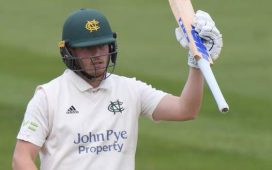 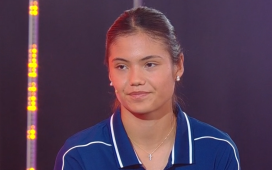 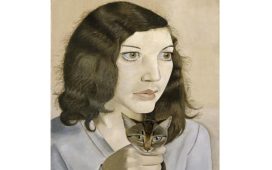 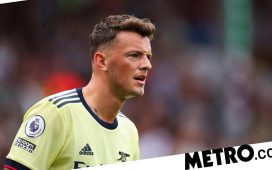 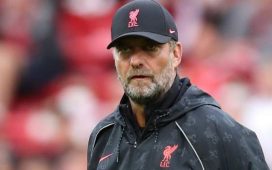