A shame-faced Boris Johnson told his own MPs this week that he had “crashed the car into the ditch” by misjudging the Owen Paterson scandal. As he heads to his country retreat of Chequers this weekend, some at Westminster have begun to wonder if he has what it takes to get the show back on the road.

As well as exposing Johnson’s lax approach to probity in public life, the Paterson debacle highlighted what those who have worked with him say is one of his most maddening characteristics – the impetuous style of decision-making and tendency to sudden reversals cruelly caricatured by Dominic Cummings as “like a shopping trolley”.

And it played into wider worries about his competence and whether the Downing Street machine is working as it should. “No 10 is a really difficult job and he doesn’t have the skillset to run it, he just doesn’t,” said one senior Tory. “He’s a great campaigner; a terrible administrator. But he doesn’t trust anyone to run it for him.”

Johnson’s longtime adviser Ben “Gazza” Gascoigne was recently persuaded to return to his side, in a sign that all was not well with the post-Cummings setup.

One Conservative MP likened the impact of the events of the past fortnight to a hurricane hitting the government. “Obviously morale is low, and people have felt dispirited,” he said. “I think it’s completely up to him to turn it around.”

Yet Tory MPs’ perceptions of Johnson are inevitably heavily influenced by his ability to help them try to hold their seats at the next general election, and so far there is only modest evidence that the negative headlines are damaging the Conservatives’ appeal.

“People have noticed it, and it has added to this general sense that was already there, of a slight loss in confidence in the government compared to the giddy heights of the vaccine rollout,” said James Johnson, a pollster with JL Partners who previously worked for Theresa May. “What I don’t think it is, is the definitive brand-changing moment for Boris Johnson.”

He said the prime minister remained protected by the “reputational screen” of the pandemic, and the sentiment of many voters in recent focus groups he had carried out continued to be that “they’re in an unprecedented situation, they’re doing their best job”.

It is unclear how long that screen will continue to deflect voters’ concerns about other issues.

Prof Rob Ford, an elections expert at Manchester University, likened the impact of sleaze stories on a government’s popularity to the children’s game Jenga. “You’re watching Johnson pull Jenga blocks out from the bottom and put them on the top. You can see that the pile is becoming more unstable, but you can never really know for sure whether any particular block that you pull out is going to be the one that pulls the whole thing down.”

Remembering the mid-1990s, when John Major’s government was dogged by a slew of sleaze stories, he said: “Once it sets in as an atmosphere, as a miasma, and once voters begin to expect it, then there’s an air of self-fulfilling prophecy to it.”

Labour strategists have long believed that by highlighting alleged corruption – whether the prime minister’s wallpaper or the Covid contracts VIP lane – they can chip away at Johnson’s reputation, but they wouldn’t have dared hope for the self-inflicted damage of the past fortnight.

“It’s brought out the best in lots of people in the party, not least Keir [Starmer] and Angela [Rayner],” said one Labour insider, referring to the party leader and his deputy. “It’s a bit of a gift to us, the fact that Keir is strait-laced, and with his career history – he doesn’t exactly scream corruption. And it also plays into Angela’s strengths as someone who can really tear chunks out of them. It creates a really nice dynamic for us.”

Labour is under no illusions that this alone will help it to dislodge Johnson, but it believes the cracks are starting to show on domestic policy delivery too, particularly against the backdrop of a deteriorating economic environment.

Two announcements at the end of the week made clear that delivering on Johnson’s promise to “unleash Britain’s potential” in a way his voters will appreciate will not be straightforward. The cap on costs for social care and plans for new rail links across the north of England have been significantly scaled back – with red wall voters set to benefit less than had been previously expected.

The changes have been driven by cost-cutting, with Rishi Sunak keen for the Conservatives to avoid clobbering the middle classes with more tax increases and to hold on to their reputation as guardians of the public purse, something he sees as a key dividing line with Labour.

But Sunak’s cautious approach underlines the tensions between the disparate groups of voters who handed Johnson his majority in 2019 – the red wall of newly Tory seats, and the blue wall across the home counties, now firmly in the Liberal Democrats’ sights after their victory in Chesham and Amersham.

“The two halves of the Conservative coalition, the only thing they agree on is ‘get Brexit done’,” said Ford. “Any policy that actually falls under the category ‘unleash Britain’s potential’ involves one half of that coalition paying for something the other half wants, or one half of that coalition getting it in the neck for something the other half doesn’t want.”

He pointed to planning proposals – now under review by Michael Gove – that would have led to significant increases in housebuilding in the south, and the changes to the social care plans.

Handing Gove the levelling up portfolio in the latest reshuffle was an indication that Downing Street takes seriously these issues of how, where and at whose cost its promises can be delivered. But there are inherent tensions, and they are evident not just within the Tories’ voter base but in the parliamentary party too.

Another of Johnson’s character traits was highlighted by the backlash against the scaled-back rail plans – namely, his boosterish tendency to make lavish promises he then fails to deliver.

The transport select committee chair, Huw Merriman, put it most brutally in the Commons, saying: “This is the danger in selling perpetual sunlight and then leaving it for others to explain the arrival of moonlight.” But it was striking how many other Conservative MPs expressed their anger publicly. Many more did so in private.

Downing Street hopes Johnson has now wrenched the car back on to the road after a torrid few weeks, but he can’t expect much gratitude from his shaken colleagues. As Ford put it: “I can’t think of a story when there’s been so much harm wilfully inflicted by a government on itself.” 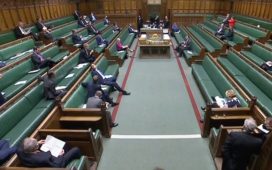 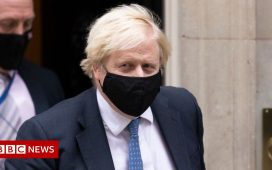 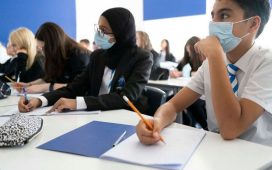 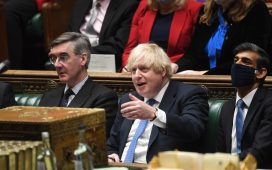