Lasagna sadly struggled to find a new home because she was overweight.

But after going viral, the chonky cat finally has a new owner.

Lasagna was dumped at the ACCT Philly shelter last week and staff named her after cartoon cat Garfield’s favourite meal.

They quickly realised that although she was relatively healthy, her weight was making her legs stiff and it was harder for her to walk. She also struggled to groom herself.

She weighed 13.6kg (30lb) and they quickly put her up for adoption, looking for an owner to help her slim down a little.

But one women came to find a new cat and rejected Lasagna because of her size.

Sarah Barnett, director for development and communications at ACCT Philly, in Philadelphia, Pennsylvania explained: ‘A woman considered adopting Lasagna as she was here to adopt a cat but Lasagna was a lot larger than what she was looking for.’

After posting pictures of her online, lots of people came forward offering to help but eventually she was matched with the Hammer family.

An update on the ACCT Philly Facebook page said: ‘LASAGNA HAS FOUND A HOME! Thank you to everyone who reached out about her and congratulations to the Hammer family.

‘They are excited to help her become a healthy cat again with the help of their veterinarian who they’ve worked closely with after taking in quite a few rescue cats.’

They also encouraged others who hadn’t been successful in adopting Lasagna, to look around their local shelters and help other cats.

Sarah said: ‘There are so many and adult cats are often overlooked because they are stressed when in shelter environments.’

MORE: Owner leaves cat alone with iPad, comes back to hundreds of selfies and fur all over the device

See also  Anton Chekhov's travels … the ‘greatest work of journalism of the 19th century’
Share on FacebookShare on TwitterShare on PinterestShare on Reddit
newscabalSeptember 27, 2020 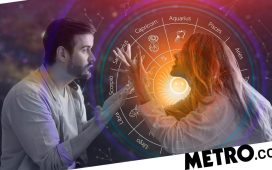 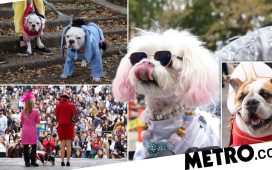 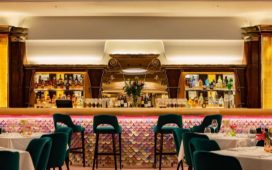