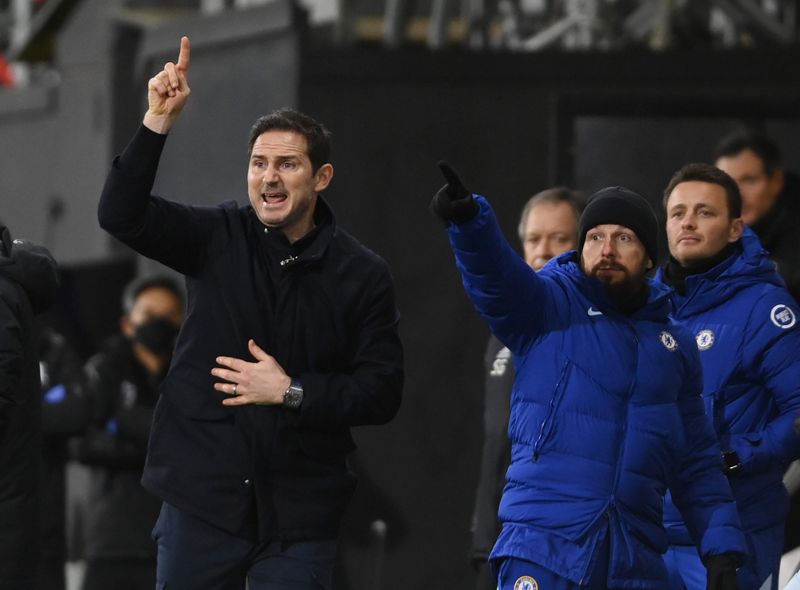 (Reuters) – Chelsea manager Frank Lampard said Mason Mount was the shining example of their youth development after the midfielder scored the winner in their 1-0 Premier League victory over 10-man Fulham on Saturday.

The 22-year-old broke into the senior squad with Lampard deploying a number of young players last season as they finished fourth in the league. He has started 17 of their 18 league games in the current campaign.

Mount’s 78th-minute strike against Fulham was his second in as many games following his FA Cup goal against Morecambe and gave Chelsea their second league win in seven matches to ease some of the pressure on Lampard.

“I thought his performance all round was fantastic. He’s been very good for us, last year and this year,” Chelsea’s record goalscorer Lampard told a news conference.

“He’s a big example of what I mean when I mention youth, he turned 22 last week. I came to Chelsea at 22 and wasn’t blowing the world away in my first year or so, I was finding my feet, but Mason already has so many games under his belt.

After the latest win, Chelsea are seventh in the table with 29 points from 18 games. They face Leicester City on Tuesday.