The developments mean the Siån will offer enhanced acceleration over Lamborghini’s conventionally fuelled models, sprinting from 0-62mph in under 2.8 seconds, with top speed claimed to be in excess of the SVJ’s 217mph.

Power is not stored in a conventional lithium ion battery, but rather generated by a supercapacitor unit three times as powerful as a cell of the same weight, and three times lighter than a battery with the same output. The device, mounted ahead of the engine for enhanced weight distribution, is an evolution of that found in the Aventador to power the starter motor, and can store ten times as much power as the original.

A regenerative braking system, developed in-house, sends power to the supercapacitor unit under deceleration. Energy generated in this way is available as a power boost at the discretion of the driver at speeds of up to 81mph. 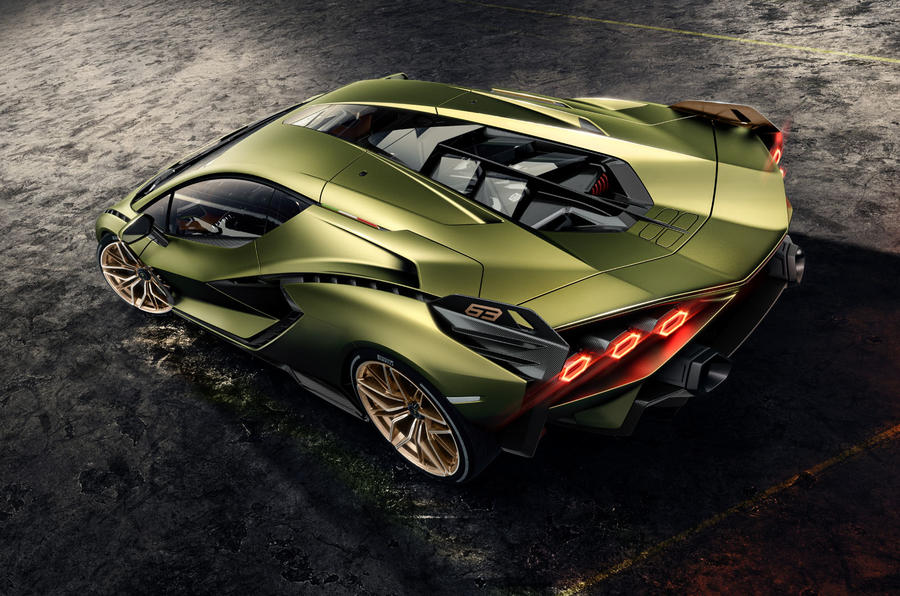 The electric motor also allows for a smoother acceleration curve, activating during gear changes to counter the effect of deceleration and resulting in a 43-75mph time 1.2 seconds quicker than that of the SVJ. Traction at lower speeds is improved as well, making the Siån 10% faster than a car without this system, according to its maker.

Maurizio Reggiani, Lamborghini’s chief technical officer, said: “With this car, we set ourselves the challenge of creating the best hybrid solution for a Lamborghini super sports car to provide the first step in our electrification strategy”.

Design-wise, Lamborghini says the model shows off “a visionary and futuristic design in combination with outstanding aerodynamic solutions”, but one that still conveys “the heart and soul of a Lamborghini”.

The Siån’s wedge-shaped silhouette is characteristically angular and wide, and is said to be influenced by the work of Bertone’s Marcello Gandini, who was responsible for some of Lamborghini’s best known historic models. 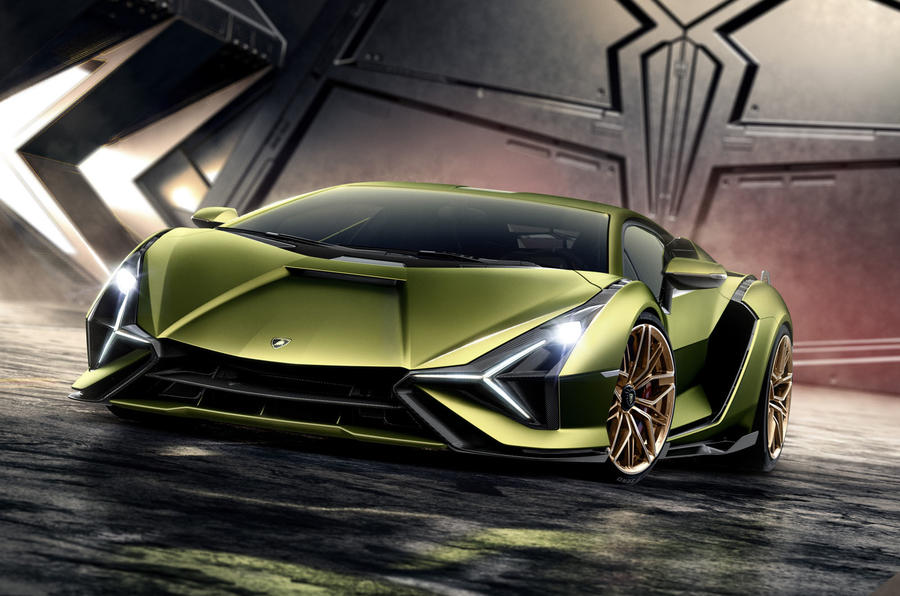