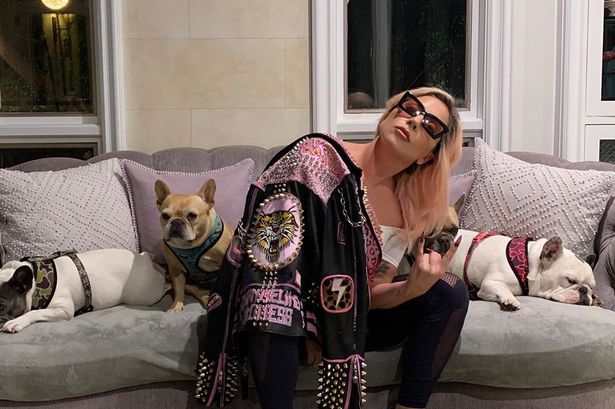 Lady Gaga has offered a half a million dollar reward for two of her French Bulldogs, Koji and Gustav after her dog walker was shot and the two dogs were stolen in Hollywood.

Gaga’s dog walker Ryan Fischer, 30, was walking three of her dogs – Koji, Miss Asia and Gustavo – just before 10pm on Wednesday night when Ryan was shot four times outside of his West Hollywood home on Sierra Bonita..

The police managed to retrieve Miss Asia who was later picked up by one of Gaga’s bodyguards.

Lady Gaga, real name Stefani Joanne Angelina Germanotta, who is currently filming in Rome on a new Ridley Scott film, Gucci is said to be horrified by the attack and has put up $500,000 for the safe return of her beloved pets, ‘no questions asked’.

French bulldogs usually cost around $2,000 Stateside but can fetch as much as $10,000 if they are of a certain pedigree.

She has posed with them for magazine shoots in the past and shows them off at every occasion.

The theft of Gaga’s dogs comes at a time when they are in huge demand and many are being stolen to order as demand for pets soars during lockdown.

According to Lady Gaga’s press office anyone with information on their whereabouts should email KojiandGustav@gmail.com