Lady Gaga and Katy Perry were the belles of the ball at the Academy Museum of Motion Pictures gala, where they led the charge of A-listers gracing the red – or rather, green – carpet.

The singers were the epitome of Hollywood glamour as they posed for the cameras together at the bash in Los Angeles on Saturday night.

The Bad Romance star went old school sophisticated with a her hair up in a voluminous blonde beehive, a strapless black floor length gown and a light blue throw draped over her shoulders.

Katy, who also posed up with suited and booted fiancé Orlando Bloom, styled her hair into a retro half ponytail and sported a striking, tight-fitting black dress with contrasting pockets.

The A-list stars shared a joke ahead of the gala which came ahead of the September 30 launch of the museum, apparently made possible thanks to celebrity donors.

The famous faces were out in full force at the launch for the venue, including Nicole Kidman, Kate Hudson, Tom Hanks, Halle Berry, Benedict Cumberbatch, Regina King, Laverne Cox, Cher and Selma Blair.

Screen legend Sophia Loren was honoured on the night while others such as Hanks and Annette Bening, were given shout outs for helping the museum come to life by raising funds.

The museum is located on Wilshire Boulevard in Los Angeles inside the former May Co. department store.

Its director and president Bill Kramer called it an ‘instant landmark’ at a press conference which opened the glitzy event.

Stressing that the museum and the Academy are committed to inclusivity he stated: ‘When there’s controversy, we need to explore it, and we do.’

Hanks said: ‘We need to celebrate everything this town and the art form has brought to the world. The end result exceeds our dreams by about tenfold.

‘That’s what this building looks like to me, the world’s largest magic lantern that will transport us to another world.’

See also  Sam Burgess is seen for the first time in Bangkok with Russell Crowe
Share on FacebookShare on TwitterShare on PinterestShare on Reddit
newscabalSeptember 26, 2021 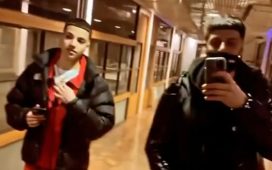 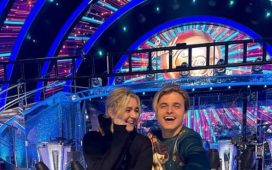 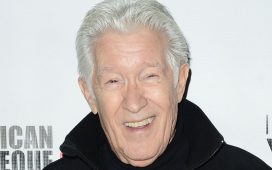