Labour's Diane Abbott was asked to resign over interview blunder


Labour’s Diane Abbott was asked to quit the shadow cabinet by Jeremy Corbyn’s chief of staff after an interview blunder that hit the headlines.

The former shadow home secretary stumbled over the cost of Labour’s pledge for 10,000 extra police officers ahead of the 2017 election.

Shortly after, she stepped back from the campaign due to illness.

Ms Abbott told BBC Radio 4’s Today programme the adviser was “doing what she thought best” by asking her to go.

But she accused some in the media of behaving “as if I am an idiot”.

The Labour MP returned to Mr Corbyn’s cabinet in the weeks following the election, saying she had not been managing her type 2 diabetes well during the campaign.

But she stepped down from the frontbench ahead of the election of new Labour leader Sir Keir Starmer.

Ms Abbott, who is a close ally of Mr Corbyn, said her diabetes played a part in the headlining-grabbing blunder.

“I had done about seven interviews on the same subject and in every other interview I had got the figures right,” she said.

“In this particular interview, I stumbled and I think it was partly to do with my diabetes as I hadn’t actually eaten that morning [and] just gone straight into doing all these interviews.

“My brother said he heard me on the radio, and he is diabetic also, and he said to me, ‘I have known you all my life… you never get figures wrong, and I knew straight away when I heard that interview it was your diabetes’.”

But the MP confirmed that after the interview that Mr Corbyn’s chief of staff Karie Murphy had asked her to resign.

“Karie was doing what she though best,” said Ms Abbott.

“But as you saw, I stepped down only temporarily and I was Jeremy Corbyn’s home secretary to the end.”

She claimed she had been “singled out by the Conservative election machine” during the campaign, with “a lot of money spent vilifying me” on social media.

“But as I say, I was Jeremy’s home secretary to the end and it was a privilege.” 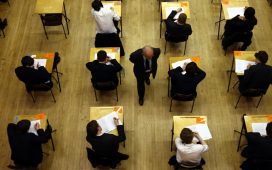 Schools Minister: Exams may not be back to normal in 2022 for children disrupted by pandemic 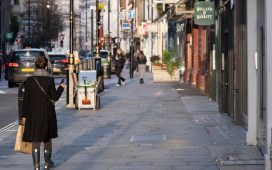 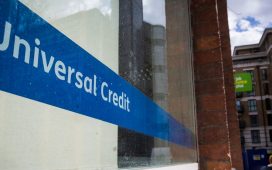