Long-standing Labour MP Harriet Harman has announced she will stand down at the next election.

The former minister informed her constituents that she intended to step back after nearly 40 years in Parliament.

Ms Harman, 71, is known as the ‘Mother of the House’ as Britain’s longest serving female MP, first joining the Commons as MP for Camberwell and Peckham in 1982.

In an email to constituents, she said: “I feel I can leave the House of Commons now confident that Labour is gaining strength under the leadership of Keir Starmer and the new team he has appointed.

“It has been an overwhelming honour to be Member of Parliament representing and working for the people of Camberwell and Peckham for nearly 40 years.”

Harriet Harman, pictured outside Parliament, in 1982
(

Ms Harman has served as acting Labour leader and deputy leader, as well as holding several Government roles over her long career.

A veteran feminist campaigner, she held the post of Secretary of State for Social Security and became the first Minister for Women.

She also served as a Justice Minister, Leader of the House of Commons and Solicitor General.

Ms Harman said: “I entered the Commons as one of only 11 Labour women MPs in a parliament that was 97% men. Now there are 104 Labour women and across all parties women MPs are a “critical mass.”

“But there remains much more to be done till women genuinely share political power with men on equal terms and until women in this country are equal.

“I will leave the House of Commons with my feminism, my belief in Labour and my enthusiasm for politics undimmed.”

She added: “When I was elected in 2019 I promised the voters I would serve as their MP with dedication and energy till the next election and I will do that, remaining active and diligent both locally and in the Commons.”

Her announcement comes after veteran Labour MPs Margaret Hodge and Barry Sheerman also declared they would step down at the next election.

Britain is due to go to the polls in May 2024 – but there has been speculation that Boris Johnson could call an early election in 2023. 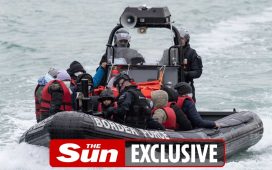 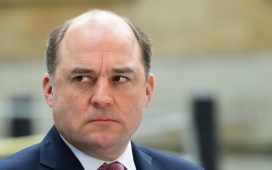