Shadow Chancellor Rachel Reeves says Labour wants to see “a publicly funded, needs-based social care system” and is prepared “to have difficult conversations” about how it will be paid for 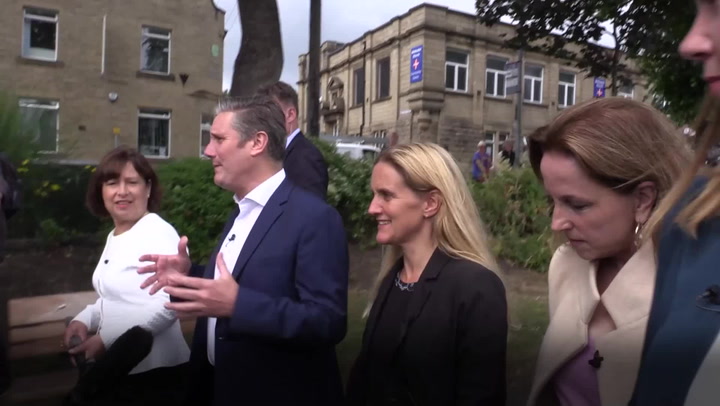 Labour has ramped up pressure on Boris Johnson by indicating it would raise taxes to reform the struggling social care sector.

Shadow Chancellor Rachel Reeves said: “We are willing to look at how we fund it, including looking at what taxes may be needed to pay for it.”

Thousands of elderly people face crippling bills to pay for care, with many forced to sell their homes.

Prime Minister Boris Johnson promised he had a plan to fix the social crisis “once and for all” as he took office in 2019.

What do you think of the proposal? Join the conversation in the comments section below.

Downing Street says work on the plan is ongoing but has refused to reveal any details or confirm when they would be published.

No10 has also suggested other parties would only become involved after the Tory plan was published – despite Mr Johnson promising cross-party talks would be held.

New Health Secretary Sajid Javid is said to be open to raising tax to pay for major social care reform.

He is set to play a critical role in brokering an end to the stand-off between No 10 and the Treasury over how any solution would be funded.

Reforms proposed a decade ago by Sir Andrew Dilnot, capping lifetime care costs and raising the threshold at which the state steps in, remain the PM’s preference.

The Treasury is thought to be frustrated at No10 for rejecting tax-rise proposals to cover the money needed – up to £10billion.

Any tax rise is expected to face a backlash from Tory backbenchers.

Speaking on the BBC’s Andrew Marr Show, Ms Reeves said: “I have been in my job for two months and it is high on my list of things that have got to be sorted and explained ahead of the next election.

She added: “When Boris Johnson became Prime Minister he said that we have a plan for social care that is already prepared. Well where is it?

“The people of this country, people in social care have been so badly treated by this Government over the last year and they are owed something better than what this Government have delivered.”

Ms Reeves blamed Labour’s failure to produce a proper plan for social care while in Government on the Conservatives’ decision to walk out on cross-party talks.

“Talks have never restarted in the 11 years since the Conservatives took office that shows, I think, the neglect and the failure under this Conservative Government,” she said.

Ms Reeves said she is prepared to consider tax rises to pay for a publicly-funded national social care service.

She added: “We are willing to look at how you fund it because taxes may need to pay for it.

“As shadow chancellor, and I hope in the future as chancellor, I will make sure that any policies that I set out and that Labour set out will be fully costed and we explained how they will be paid for.

“That is really important to me because value for money and using taxpayers’ money well really matters to me.”

Lambda Covid variant has ‘unusual mutations’ and may be more infectious, experts warn

See also  Labour's John McDonnell: 'I own this disaster'
Share on FacebookShare on TwitterShare on PinterestShare on Reddit
newscabalJuly 4, 2021 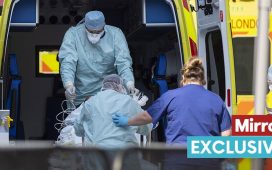 The Guardian view on the UK economy: stuck in a rut of low growth, and politics is to blame