NEWSCABAL
Home » Labour must stand up for refugees | Letters
world

Labour must stand up for refugees | Letters


Your editorial (The Guardian view on deaths in the Channel: the tide of xenophobia, 25 November) rightly calls for an honest discussion about safe and legal routes to the UK. The Conservative government has no intention of doing so, and the Labour party doesn’t have the courage. The former makes vague reference to the existing resettlement schemes, which do not apply to asylum seekers camped on the French coast, and the latter merely deplores the inadequacy of the schemes. Neither explains how the schemes might be extended to prevent Channel crossing deaths.

Worse, the call from churches and refugee agencies for humanitarian visas, which could at a stroke end the trade in human misery, is blanked by both parties. The government’s only concern is to push back asylum seekers, not to accommodate them, and the Labour leadership hasn’t the courage to have an honest discussion about safe, legal routes that might risk its standing with the electorate. The Labour party must find the courage to press for humanitarian visas.
Anthony Whitston
Trustee, Survivors of Torture Relief Fund 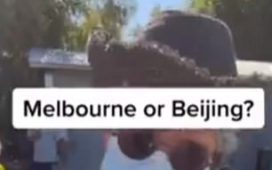