The party’s legal team argued the claim was a form of “lawfare” and an attempt to change Labour’s policy on the Israel-Palestine conflict.

Eight current or former Labour members have lost a High Court claim against the party over its disciplinary process for investigating complaints of anti-Semitism.

They alleged Labour had acted unfairly by failing to close investigations or revoke their suspension or expulsion after the equality watchdog found that the party’s disciplinary procedure was unfair.

The Equalities and Human Rights Commission (EHRC) found there was “a lack of a clear and fair process for respondents” to allegations of anti-Semitism in an October 2019 report, the court heard.

Following the report, the party said it accepted the EHRC’s recommendations and findings in full, with leader Keir Starmer saying Labour would establish “an independent complaints process as soon as possible”.

The eight claimants, who all deny they have made anti-Semitic comments, argued the party was trying to “row back from these commitments”, which were made in “clear and unequivocal public statements”.

They sought a declaration from the High Court that Labour had acted unfairly by not closing investigations or revoking their suspension or expulsion after the party committed to following the EHRC’s recommendations.

Two of the claimants – Diana Neslen, who was given a formal warning, and Colin O’Driscoll, who was expelled from the party but following an appeal had his membership cancelled for 18 months – also argued Labour acted unfairly by handling their cases under an unpublished code of conduct.

Labour said it had treated all of the claimants fairly and argued their claim was a form of “lawfare” in an attempt “to change the Labour Party’s policy direction on disciplinary matters, particularly with respect to Israel/Palestine”.

In a ruling on Thursday, Mr Justice Butcher dismissed the claimants’ case.

The judge said the EHRC recommended that Labour “must rebuild trust and confidence that anti-Semitism complaints are handled independently, lawfully, efficiently and effectively”.

But, Mr Justice Butcher said, the EHRC did not find that the party’s disciplinary processes were “fundamentally unfair or should be immediately discontinued”.

He added: “The party’s statements that it accepted the findings and recommendations of the (EHRC) report did not amount to an acceptance that use for existing complaints of the current system … was unfair.”

Mr Justice Butcher also refused to make a declaration that Labour acted unfairly by applying a previously unpublished code of conduct dealing with anti-Semitism complaints, adopted by the party in 2018, while investigating Ms Neslen and Mr O’Driscoll.

The judge said: “The present case is one where, though it may be the case that it would have been better for the party to have made explicit in the notices of investigation that the 2018 code was being used in relation to the framing of the draft charges … nevertheless the procedure in fact adopted cannot be described as having been actually unfair to Ms Neslen or Mr O’Driscoll.”

He added that Ms Neslen and Mr O’Driscoll knew what was alleged against them and were able to make “meaningful representations” about them, despite the fact the 2018 code had not then been published.

Speaking after the judgement was issued, a spokesman for the Labour Party said: “We welcome this important ruling that confirms our right to determine how we handle complaints.

“We are getting on with the job of reforming our processes, structures and culture for the benefit of all of our members and to ensure Jewish people feel safe and welcome in our party.”

See also  How do I apply for settled status in the UK?
Share on FacebookShare on TwitterShare on PinterestShare on Reddit
newscabalJuly 8, 2021 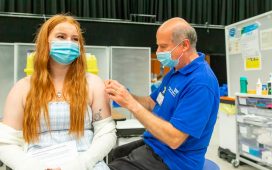 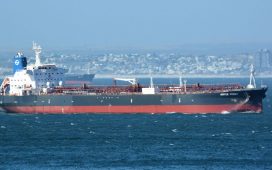 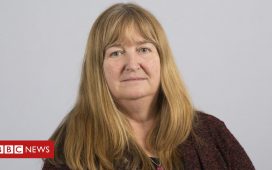