he Labour left rallied behind Jeremy Corbyn today, saying his suspension from the party was “profoundly wrong”.

Mr Corbyn was suspended on Thursday after he claimed that the party’s anti-Semitism problem had been “dramatically overstated for political reasons”.

It came shortly after the publication of an Equality and Human Rights Commission report that found Labour under his leadership had been responsible for unlawful acts of harassment and discrimination.

New MPs Bell Ribeiro-Addy and Zarah Sultana, who were elected under Mr Corbyn’ leadership in 2019, also called for him to be reinstated.

Nadia Whittome, another new MP, said she was saddened by the  “unjust” suspension but had told Mr Corbyn she could not agree with his statement following the EHRC report

It comes as leader Sir Keir Starmer insisted there was “no reason for a civil war” in the party following an outpouring of anger from the left.

James Schneider, former Director of Strategic Communications to Mr Corbyn, told Times Radio that the suspension “seems like a factional thing” and “threatens to tear the party open”.

He said that to claim Mr Corbyn’s statement was in breach of party rules or an example of denying anti-Semitism is “just flat wrong.”

He added: “You get this move, which completely threatens to tear the party open, and moves us away from our clear focus, which should be the EHRC has given us these recommendations. Let’s do that. And let’s get on with making the changes in the party, both process and cultural, that we need.”

Mr McCluskey, the boss of the Unite, a major financial backer for Labour, warned that the move was an “act of grave injustice” that could cause a split and doom the party to defeat.

The former leader’s key ally said that if the move was not reversed, it will “create chaos within the party and in doing so compromise Labour’s chances of a general election victory”.

“I oppose the decision to suspend Jeremy Corbyn from the Labour Party and will work for his reinstatement.

“For us the fight against antisemitism and all forms of racism is central to the struggle for better world.”

Mr McDonnell added: “On the day we should all be moving forward and taking all steps to fight anti-Semitism, the suspension of Jeremy Corbyn is profoundly wrong.

“In the interests of party unity, let’s find a way of undoing and resolving this.”

The former shadow chancellor also urged party members to “stay calm” and added: “Let’s all call upon the leadership to lift this suspension.”

“I’ll continue to fight against all forms of injustice in whatever form that might take and I’ll campaign tirelessly for the reinstatement of Jeremy Corbyn.”

Mr Burgon, ex-shadow justice secretary, said: “Labour members from across the country have contacted me deeply upset at the decision to suspend Jeremy.

“I agree and I’ll be working for his reinstatement.”

Ms Ribeiro-Addy, the MP for Streatham, added: “Solidarity with Jeremy Corbyn. His suspension from the Labour Party creates division when we need unity.  “He must be reinstated.”

Sir Keir told BBC Radio 4’s Today programme: “There is no reason for a civil war, there’s no reason to lean inwards, that is not what I want. 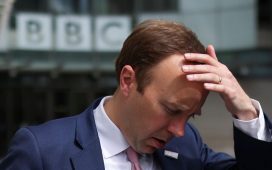 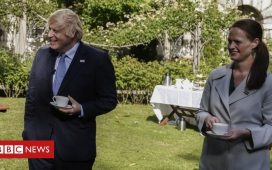 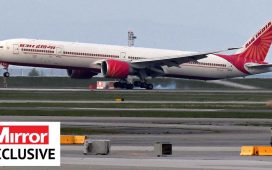