Punishment for not having group life insurance policy — Trustfund Pensions

Organised Labour has commended the National Pension Commission, PenCom, for the renewed vigour in its regulatory activities to ensure employers’ compliance to the Pension Reform Act, PRA, 2014, as amended.

In the last two weeks, the commission had issued three regulatory notices to stakeholders especially pensioners, employers and employees under the Contributory Pension Scheme, CPS, aimed at ensuring full compliance to the PRA.

Speaking on the developments, General Secretary of the United Labour Congress of Nigeria, ULC, Didi Adodo, commended PenCom for its enforcement push, saying it would go a long way towards effective compliance.

According to him, “it is very encouraging that the commission is stepping up its regulatory activities early and from the beginning of the New Year.

The first step was about two weeks ago, where which was the directive to the Pension Fund Administrators, PFAs, to up the pension of some categories of pensioners under the contributory pension scheme, CPS, while just last week it was directive  to both workers and employers on the group life insurance policy and the issue of pension deduction remittance.

We are impressed by these efforts because employers are increasingly refusing to comply with the Act and with the commission renewed vigour, we believe compliance, especially on the issue of remittance and group life insurance policy will be enhanced. And coming early in the new year goes to show that the commission means business.”

“We also want to plead with the commission to step up the issue of sanction to defaulting and recalcitrant employers to boost compliance because most of the employers in Nigeria only do the right thing when they are compelled to.

Only a few employers from our experience, willingly do the right thing or obey the law that benefits their employees or workers without force. The sector needs more applications of sanctions and little of moral persuasion to thrive.”

Recall that Thursday last week, PenCom gave private and public sector employers a March 31, deadline to submit copies of their employees’ life insurance certificates to the commission to avoid the consequence of breaching the Pension Reform Act, PRA, 2014, as amended.

It also directed public and private sector employees to report any employer not complying with PRA to the commission for immediate action.

In the two separate notices to employers and employees, respectively, the commission reminded employers of the consequences of breaching the PRA, as well reminded contributors (employees) to the Contributory Pension Scheme, CPS, at both the public and private sectors of their rights to life insurance policy among others, under the PRA.

In the notice to the employers titled Re: Compliance with guidelines for Life Insurance Policy for Employees and Submission of Insurance Certificate for 2020,  PenCom said “In accordance with the provisions of Section 4(5) of the Pension Reform Act (PRA) 2014 and Section 5.5 of the Guidelines for Life Insurance Policy for Employees, Employers of labour covered by the PRA 2014 are required to submit copies of the Insurance Certificates with the schedule of benefits to the National Pension Commission, PenCom.

“The Insurance Certificates shall state that all employees are covered up to an amount not less than 3 times their respective Annual Total Emoluments ATE. Employers that have not yet submitted copies of Insurance Certificates for the current year to the Commission are therefore advised to do so before 31 March, 2020 failing which the National Pension Commission would consider such employers in default of Section 4(5) of the Pension Reform Act (PRA) 2014.

Similarly,  in a statement titled Notice to All Employees of on their Rights to Life Insurance Policy and Pension Contributions”,  the commission said “This is to remind all employees in the Public Service of the Federation, Federal Capital Territory, and States that have implemented the Contributory Pension Scheme as well as private sector, that it is their rights; under Section 4(5) of the PRA 2014 to have Life Insurance Policy taken on their behalf by their employers for an insured amount of not less than three (3) times their annual total emolument.

“Please note that employees are also required to ensure that all pension contributions deducted from salaries and/or contributed by employers are remitted to the Pension Fund Custodian (PFC) by the Employer not later than seven (7) working days from the date of payment of their salaries.

Employees are therefore advised to report to the Commission where the employer fails to: Procure the minimum required Life Insurance Policy in their favour; Submit the evidence of compliance with Life Insurance Policy to the Commission and place the certificate in a conspicuous place within the organization. Remit the deducted pension contributions into their Retirement Savings Accounts.”

Commenting on this directive, Trustfund Pensions Limited, Regional Manager for Lagos, Obiora Ozoekwem, said what it means is that “Pencom has mandated that all employers under the CPS should submit copies of insurance certificates with the schedules of benefit to the Commission on or before 31st March 2020.

“Section 4(5) of the PRA 2014 mandates every employer under the CPS to have life insurance policy taken on behalf of their employees for an insured amount of not less than three times their annual total emolument. The Commission has warned that it will consider any defaulting employer in breach of this section if the directive is not met.

“This cover forms part of Staff death benefit which his/her beneficiaries are meant to access in the case of death of an employee and such payment is supposed to be made by the Insurance company but in an event, an employer fails to provide this cover and death occurs then the employer will bear the burden of payment instead of an Insurance company.”

He, however, added that “other than the above there is no spelled out penalties for defaulting employers in the PRA 2014.”

NUP seeks seamless payment of benefits to retirees under CPS

Nigeria Union of Pensioners, NUP, has pleaded with the National Pension Commission, PenCom, to put in place a seamless payment system for retirees under the contributory Pension Scheme, CPS,

The body also faulted the non-unionisation of retirees under the CPS.

President of NUP, Dr. Abel Afolayan, in a remarks in Abuja, lamented that “Since the promulgation of the Pension Reform Act 2004 and as amended in 2014, we as the only registered Trade Union for civilian pensioners, have been agitating for organising and unionising the pensioners in the scheme so that they can become authentic members of the Union and commence payment of Union dues to NUP.

We are much concerned about them because when eventually the Defined Benefit Scheme is phased out it is these pensioners that will remain. As a matter of fact, they are the heirs apparent to the survival and continuity of NUP.

“Unfortunately, our agitation has not yielded any dividend. But the Union has in the meantime, established a branch of the CPS members with the full-fledged executive committee.

We have always ensured that we support them as much as possible with regard to their problems. We are in regular contact with PENCOM with a view to solving their problems. I want to use this medium to plead with the Federal Government,  the National Assembly and other agencies of government as a matter of urgency to approve their unionization so that they can become full members of the NUP family with full autonomy to operate and function as a full branch of NUP.

“I also call on the government to solve the problems being faced by pensioners in this scheme. The problem has to do mainly with the delay in paying their entitlements when they retire from service.

As a matter of fact, the pains and the frustrations the  retirees under the CPS are going through in accessing their entitlements is bringing to question the essence of the scheme which was introduced primarily to address the seemingly intractable challenges of the Defined Benefit Scheme.”

Continuing, the NUP president said “There are many members of our Union who were retired prematurely for various reasons before reaching retirement age or before serving for 35 years as required by the Labour Law/Pension Act.

We wish to request that this category of pensioners and many elderly members of the Union who are still capable should be considered for appointment at the appropriate government establishments so as to tap from their wealth of experience.

Such members can be given due consideration in appointing them to chairmanship and membership of Commissions, Boards, and Parastatals.

“We appeal to the Federal government as we have always done to consider and approve free medical treatments and other welfare packages for pensioners who are 70 years of age and above.

This is a very important welfare package consideration that can be accorded pensioners and senior citizens for their past noble services to the nation. The labour of our heroes past should not be allowed to be in vain.” 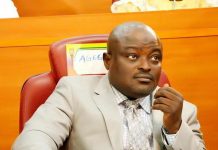