Good morning. This is Sir Keir Starmer’s first proper conference as Labour leader and, like many of his predecessors over the years, he is finding that, while he might want to focus on setting out a policy offer to the nation, he is instead spending much of the week engaging in non-fraternal feuding with the left.

Sometimes these battles can be leveraged by a leader to convince voters that he’s tough, decisive, not beholden to unrepresentative activists etc etc. (With Labour, it has always been a he.) But often the rows just leave the party looking divided, and irrelevant to the big issue facing the nation at the time.

It is not obvious yet which of these takes will be the more plausible verdict on Labour’s 2021 conference, but last night left oppositionism escalated a notch or two when Andy McDonald quit the shadow cabinet, and today there will be a vote on a £15 per hour minimum wage (the cause that prompted McDonald’s resignation). Starmer is not endorsing this policy, but he is not asking delegates to vote it down either (which would be a lost cause).

McDonald’s resignation coincided with Jeremy Corbyn, the former leader, publishing an article with a particular wounding critique of his successor. He says Starmer and his team “want to prop up … wealth and power”. Writing in the i, he says:


Elsewhere, our movement has begun to develop ideas for how we all benefit from the unprecedented support big business received during the pandemic.

We could, for example, take a public stake in the large companies that received public support in the pandemic and use that to create a People’s Asset Manager that pays out an annual People’s Pay Out to every citizen.

These ideas are why the Labour membership and trade unions are under attack – because they want to challenge the wealth and power of the few.

It also explains the lamentable decision to close down the community organising unit, when we need to be a social movement of vibrant activism at all times.

So far this week, Labour’s leaders have shown they want to prop up, not challenge, that wealth and power.

There is another way forward, that is based on social justice, and in the policies the majority of people actually want, not what the establishment and its media mouthpieces insist they should want.

Nick Thomas-Symonds, the shadow home secretary who has been giving interviews this morning, has firmly rejected Corbyn’s claim. He says policies like the plan to end the charitable status of private schools show Corbyn is wrong. I will post excerpts from his interview shortly.

10.10am: Kate Green, the shadow education secretary, opens a debate on education. Wes Streeting, the shadow secretary of state for child poverty, winds it up at 11am.

11.15am: Jonathan Ashworth, the shadow health secretary, opens a debate on health and social care.

2.15pm: Nick Thomas-Symonds, the shadow home secretary, opens a debate on justice and home affairs. That will be followed by a resumption of the economy debate, which covers a motion saying the minimum wage should be £15 per hour. David Lammy, the shadow justice secretary, will wrap up proceedings with a speech at 5.10pm.

I expect to be focusing exclusively on Labour today. For the latest in the fuel shortage crisis, do follow my colleague Graeme Wearden’s business live blog.

See also  Lords claim £300,000 to take part in Zoom debates from home
Share on FacebookShare on TwitterShare on PinterestShare on Reddit
newscabalSeptember 28, 2021 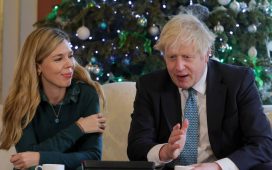 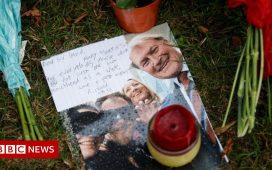 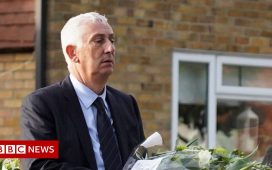