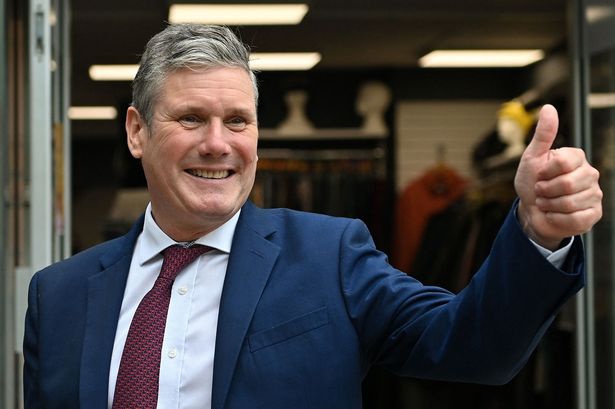 Keir Starmer will this morning be putting the finishing touches to the speech he will give to Labour conference.

It will be the former director of public prosecutions’ first in-person address to the party’s rank and file since he was elected leader back in April 2020.

Mr Starmer will be looking to turn the page on the Jeremy Corbyn era and plot how the party can return to power after its worst defeat since 1935.

But how has Labour conference panned out for the Opposition? It’s been a bit of a rollercoaster.

Here are the highs and lows of Labour’s annual conference so far.

The leader put himself on a collision course with unions over rule changes which will empower MPs and make it harder for a Left-wing candidate to get on the ballot in any future leadership election.

Candidates will now need the backing of 20% of MPs, or 40 on current numbers, in any race to succeed Mr Starmer.

The registered supporters scheme, which allowed people who paid a small fee and signed a declaration of support to vote – something which many blame for Jeremy Corbyn’s victory – will also be ditched.

Conference also backed proposals to raise the bar for which MPs can face a deselection threat, from a third of members or trade unions/affiliates to half of both groups.

Mr Starmer had wanted to ditch the one-member-one-vote system for leadership elections and shift the party back to the electoral college, which saw the vote for new leaders split between unions, grassroots members and MPs.

But the Leader was forced to take the plan off the table at the eleventh hour after unions blocked the plan.

Nevertheless, that some radical reforms made it past the conference floor, albeit with a very slim majority, says that Mr Starmer is able to command the movement – a key test of any Labour leader.

Labour’s Deputy Leader sparked major controversy when she lashed out at the Tories at a fringe event.

She said: “I’m sick of shouting from the sidelines and I bet you lot are as well.

To applause, she added she had “held back a little”.

Her comments were seized on by opponents and left many of Ms Rayner’s Labour colleagues frustrated, as the fear her words used against the party with Red Wall voters lost to the Conservatives in 2019.

Mr Starmer was repeatedly asked about the outburst during an interview with the BBC and the row has increased the tensions between the two figures.

Labour’s Shadow Chancellor won rave reviews for her barnstorming speech setting out her party’s vision for the economy.

As well as being full of zingers – she told Amazon’s Jeff Bezos “if you can afford to fly to space, you can pay your taxes here on Earth” – it was also packed with policy.

Ms Reeves unveiled how a Labour Government would spend £28bn *a year* on green projects, showing her instincts are closer to Joe Biden’s not Tony Blair’s.

The thread running through her attack on Rishi Sunak – “the Tories are all tax and no strategy – was that Labour could be trusted on the economy again.

“I know how hard people work for their wages and how carefully they manage their money, she said. They rightly expect government to treat money with that same respect,” she said.

The Bakers, Food & Allied Workers Union (BFAWU) founded Labour, alongside others, in 1900.

But this week it severed its historic link with the party and disaffiliated from the party, accusing Mr Starmer of a “factional internal war led by the leadership”.

The move follows the rule changes pushed through and Labour’s refusal to back a £15-an-hour minimum wage.

However, it also comes after Labour’s decision to kick BFAWU’s president Ian Hodson out of the party over his support for Labour Against The Witchhunt – a group banned under Labour’s rules following repeated accusations of anti-Semitism.

The union has remained supportive of Jeremy Corbyn amid the former leader’s row with Starmer.

But while sources close to the Labour leadership accuse Hodson of “throwing his toys out the pram”, the symbolic decision will sting some within Labour.

It also means the union will cease donating.

Keir Starmer and Boris Johnson are now neck-and-neck on who would make the best Prime Minister, according to a poll by Ipsos Mori.

It comes as the fuel crisis gripping Britain threatens to engulf Britain, with Labour blaming “Tory incompetence”, and after the PM announced tax hikes and a cut to Universal Credit.

The survey found the two leaders were with 38% of adults backing each of them as the most capable leader.

The last time a Conservative leader was not ahead on this measure, according to the pollster, was January 2008, when Gordon Brown was on 37% and David Cameron 33%.

Labour was also up six points in the Westminster voting intentions, to 36%, compared to August, with the Conservatives down two points to 39%, and the Liberal Democrats down four points to 9%.

Shadow Cabinet member Andy McDonald dramatically quit his post in a decision which overshadowed the conference.

The Shadow Employment Rights Secretary, who was one of the few survivors from Jeremy Corbyn’s era, resigned saying the leader had been told him to argue against a £15 National Minimum Wage.

“This is something I could not do,” he said.

Mr McDonald accused the Labour leader of not honouring his pledges to the membership and said the party was more divided than ever in a strongly-worded resignation letter.

In the letter, addressed to Mr Starmer, he said: “It is with deep sadness that I am tendering my resignation from the Shadow Cabinet. My role as Shadow Secretary of State for Employment Rights and Protections has become untenable.

“When you became leader, I accepted the role because I wanted to fight for the working people of this country.

“It has become clear to me that I cannot do this as a member of the Shadow Cabinet.

Former MP Dame Louise Ellman announced she is re-joining the Labour Party two years after she quit over anti-Semitism.

The Liverpool Riverside MP left the party in 2019, when she accused Jeremy Corbyn of “consorting” with Holocaust deniers and terrorists.

Her return is a huge boost for Mr Starmer, as he attempts to regain the party’s standing with the Jewish community.

“Under Jeremy Corbyn’s leadership, antisemitism has become mainstream in the Labour Party,” she said at the time.

Today she announced she would rejoin – “returning to my political home”.

It came hours after Labour’s conference approved a new complaints procedure for racism complaints by a narrow margin.

She wrote in a statement: “I am confident that, under the leadership of Keir Starmer, the party is once again led by a man of principle in whom the British people and Britain’s Jews can have trust.

“Whilst there remains a great deal more to do to tackle antisemitism in the party, I am encouraged by the steps already taken and the progress made so far.”

Low – Andy Burnham being a thorn in Starmer’s side

Greater Manchester Mayor Andy Burnham has made no secret of his enduring ambition to be Labour leader.

The former frontbencher has made a string of eyebrow-raising interventions.

They include calling on Mr Starmer to back a “much better alternative” social care plan and saying the rule changes was badly timed.

He has, it seems, made it his business to be a thorn in the leader’s side.

Speculation has been rife that he is trying to find a route back into Westminster, though he told reporters he is “not hatching any plans to get back any time soon”.

Few will be convinced he truly means that. 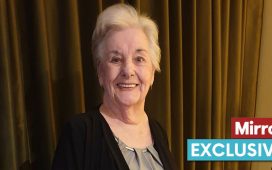