The German government has said specialist laboratories in France and Sweden have confirmed Russian opposition leader Alexei Navalny was poisoned with the Soviet-era nerve agent Novichok.

A German military laboratory previously confirmed the substance was present in his samples.

German government spokesman Steffen Seibert said the Organisation for the Prohibition of Chemical Weapons has also received samples and is taking steps to have those tested at its reference laboratories.

He was transferred to Germany two days later, where he has remained in hospital. 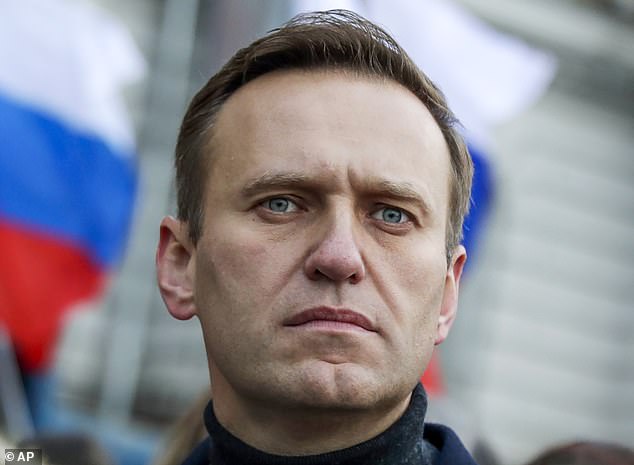 It comes as two allies of Russian opposition leader Alexei Navanly won local parliament seats Monday in the Siberian city of Tomsk where he was allegedly poisoned last month, according to early poll results.

Andrei Fateev and Ksenia Fadeeva came out on top in two constituencies, while the ruling United Russia party topped the polls overall in Tomsk with 24.46 percent of the vote, according to early results published by regional election officials.

Opposition candidate Fadeeva vowed: ‘You can’t sit on the throne for 20 years, grab, steal endlessly, do all of this and go unpunished.’ 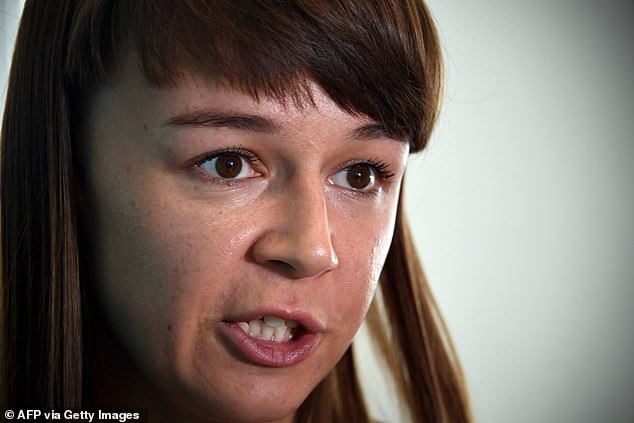 Andrei Fateev and Ksenia Fadeeva came out on top in two constituencies, while the ruling United Russia party topped the polls overall in Tomsk. Fadeeva pictured above

The local elections were closely watched for signs of protest voting against the ruling party that backs President Vladimir Putin amid frustrations over years of falling wages and the government’s handling of the pandemic.

READ  Skepticism rising in S. Korea ahead of 3rd summit with North

The votes also followed the suspected poisoning by a rare nerve agent of opposition politician Navalny who had promoted a tactical voting strategy to hurt United Russia and fielded dozens of candidates for city councils in Siberia.

Official early results showed pro-Kremlin politicians backed by Putin coasting to landslide wins to serve as the governors of the regions of Komi, Tatarstan, Kamchatka and more than a dozen others. Votes were still being counted. 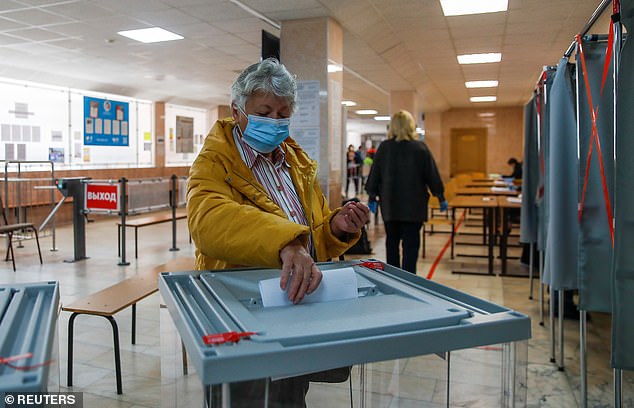 A woman casts a ballot during municipal elections in Tomsk, Russia on September 13

But Navalny’s supporters scored rare victories in city council votes in Novosibirsk, Russia’s third city by population, and the student town of Tomsk where United Russia, which dominates regional power, appeared to have lost its council majority.

‘People are sick of the authorities. You can’t sit on the throne for 20 years, grab, steal endlessly, do all of this and go unpunished,’ said Ksenia Fadeyeva, who won a council seat in Tomsk.

Navalny supporter Andrei Fateev, 32, also won a seat in Tomsk, while others such as Sergei Boyko, another ally of Navalny, looked set to win council seats in Novosibirk.

‘This completely destroys the whole myth about the 2% of liberals and that their ‘support is only among hipsters inside the Garden ring road (in Moscow)’,’ said Leonid Volkov, a close ally of Navalny. 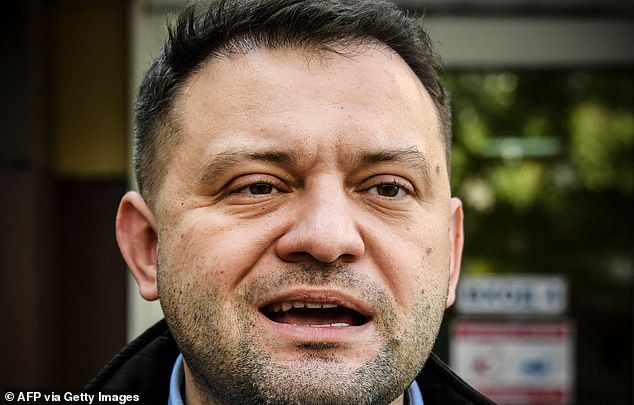 Navalny supporter Andrei Fateev, 32, also won a seat in Tomsk, while others such as Sergei Boyko, another ally of Navalny, looked set to win council seats in Novosibirk. Boyko pictured above 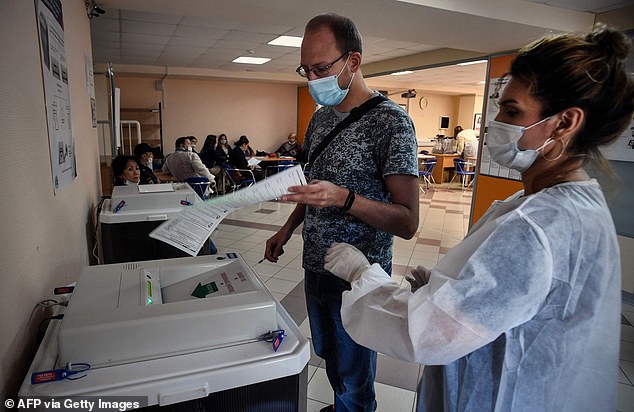 With Navalny sidelined by the suspected poisoning, his allies pressed ahead with his ‘smart voting’ strategy, naming more than a thousand politicians they thought were well placed to beat ruling party candidates and urging Russians to vote for them.

In Tomsk, Fateev said United Russia appeared to have won only 12 out of 37 seats on the council after many candidates backed by the smart voting strategy had gone on to win.

Tatiana Doroshenko, a local election official, said she could not remember United Russia ever performing so badly in her 15 years as chairwoman of a district election commission in Tomsk.

‘This is an awesome case example … you can actually engage in politics and it’s not futile as it had seemed just so recently,’ said Fateev.

Elsewhere it was not immediately clear how Navalny’s strategy had fared with votes still being counted. 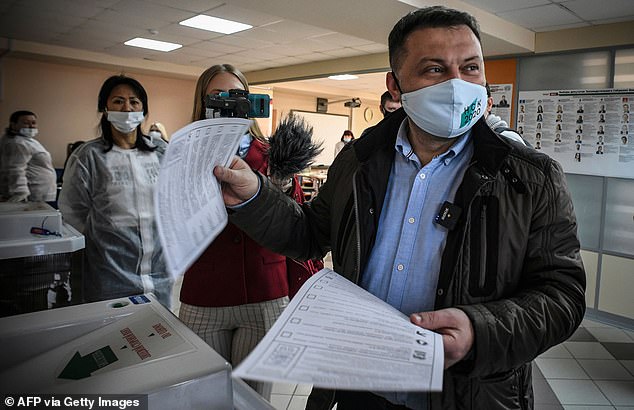 Sergei Boiko, the head of Alexei Navalny’s Novosibirsk headquarters and the City Council candidate casts his ballot at a polling station in Novosibirsk on September 13

Andrey Turchak, United Russia’s general secretary, said the party had scored a ‘confident victory’ in votes seen as a dry run for next year’s parliament elections and weathered the smart voting strategy.

The independent Golos watchdog said ahead of the elections that many opposition candidates had been barred from competing, including several from the Communist party that has seats in parliament and often backs Putin on key policies.

The watchdog also criticised a move to stretch voting out over three days, which it said made potential election fraud harder to catch for monitors.