Kylie Jenner showed off her Christmas decorations as she made her slow return to social media following the Astroworld tragedy.

After releasing a statement about the tragedy, Kylie kept quiet on her social media platforms.

And now, the make-up mogul took to her Instagram Stories to show off her lavish holiday decorations.

The star has been getting ready for the Christmas season and showed off her intricate nativity set in a boomerang.

Her giant Christmas tree can be seen in the background that was decorated with simple white fairy lights.

Kylie showed off her holiday decorations
(

Getty Images for The New School)

Earlier this week, Kylie had broken her social media silence to wish her pal Hailey Bieber a happy birthday.

On Monday evening, pregnant Kylie posted to her Instagram Stories a snap of her daughter Stormi with birthday girl Hailey.

She wrote alongside the snap: “Happy birthday @haileybieber. You are such a beautiful person inside and out. We love you lots.”

Prior to the post, Kylie had only shared a statement on behalf of herself and Travis shortly after the events at the festival.

Her statement, which was posted to her Instagram stories, read: “Travis and I are broken and devastated. My thoughts and prayers are with all who lost their lives, were injured or affected in anyway by yesterday’s events.

“And also, for Travis who I know cares deeply for his fans at the Houston community.

“I want to make it clear we weren’t aware of any fatalities until the news came out after the show and in no world would have continued filming or performing.

Travis and Kylie both released statements
(

“I am sending my deepest condolences to all the families during this difficult time and will be praying for the healing of everyone who has been impacted.”

The weekend festival – postponed the previous year due to the pandemic – had attracted 50,000 music fans to the rapper’s hometown of Houston, Texas.

However, a crowd surge resulted in 10 tragic deaths and hundreds of injuries.

Travis later said he would cover the funeral costs of the victims.

A statement released by a representative for Travis said: “Travis Scott will cover all funeral costs and provide further aid for individuals affected by the November 5 tragedy at Astroworld Festival.” 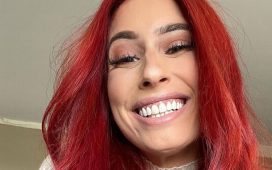 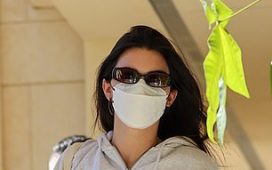 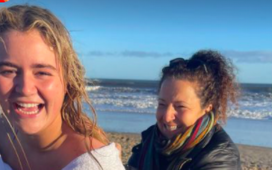 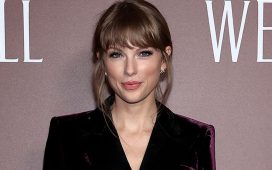 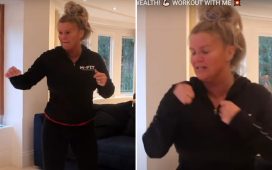