France superstar Kylian Mbappe has lifted the lid on why he turned down Real Madrid despite meeting with compatriot Zinedine Zidane and idol Cristiano Ronaldo.

Mbappe was one of the most sought-after teenagers of his generation and had the chance to move to the Spanish giants in 2014.

Real Madrid chiefs had been alerted to the forward’s rapid progress through the Monaco academy ranks, and summoned club icons Zidane and Ronaldo to meet with the youngster.

But Los Blancos were unable to prise Mbappe from his homeland, as his parents were intent on him continuing his education and development on home soil.

“My parents wanted me to start my career in France, to be educated in France,” the 22-year-old told Paris-based magazine L’Obs.

“To play football, but also to continue my education. To go to Spain, even if it was with Zidane, it was another country, another culture…”

Mbappe’s decision to stay with Monaco bore fruit as he won Ligue 1 during a breakout 2016/17 season during which he scored 26 goals in all competitions.

He then joined Paris Saint-Germain on a loan which became a permanent transfer the following year, for the sizeable fee of £166million.

Mbappe has won three Ligue 1 titles and a further five major honours with the French giants, scoring an astonishing 132 goals in 171 appearances.

Reflecting on his meteoric rise to the apex of the European game, Mbappe said: “At the beginning it was hard to carry that weight, because I was so young.

Is Kylian Mbappe the best player in the world? Comment below.

“When you want to get to the top, there is no room for immature people, no room for children. It’s an adult world and you have to be ready for it.”

There is no doubting Mbappe’s maturity on the pitch any more and the 2018 World Cup hero is one of the hottest properties in the world.

With just one year remaining on his contract at PSG, Real Madrid are continuing to monitor the situation closely, while Liverpool are considered outsiders for his signature.

Mbappe had little to say regarding his next move during his latest interview but reiterated his desire to push himself.

“I always want to set myself challenges, because that allows you not to relax,” said the Paris native.

“Being on the pitch feeds me, it’s how I recharge. Thanks to that, I have the energy to face the other aspects of football.”

Mbappe is expected to play a prominent role at the Euros and is in scintillating form ahead of the summer tournament after grabbing a goal and an assist in a friendly victory over Wales on Wednesday. 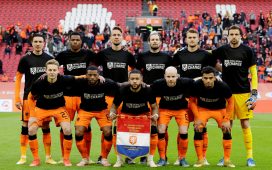 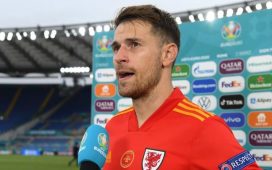 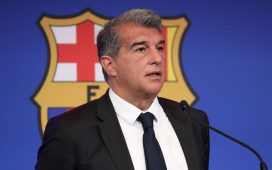 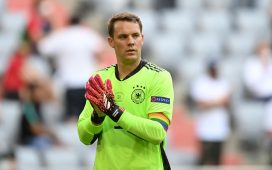