KOURTNEY Kardashian was not at the Met Gala because “she didn’t want Khloe to feel left out” as her sister was “banned” from the famous event.

The mom of one was reportedly kept from the star-studded event for being “too C-list.”

Khloe, 37, is said to have first been kept from the Met Gala in 2019, according to a Radar Online report.

However, she hasn’t been the only Kardashian left out, as Kourtney was previously not allowed to grace the red carpet at the exclusive NYC event.

At the time, a source told the outlet: “Khloe and Kourtney have never been invited to the Met Gala, but Kourtney was invited to this one and chose to stay home with Khloe because she didn’t want to leave her alone.”

It was also made clear that Kim, 40, is all about the Met Gala.

The insider claimed in 2019: “Kim lives for the event and she would never want her Kardashian sisters there because that would take the attention away from her.

“Everyone in the family knows that it is Kim’s night. She literally talks about it all year long.”

Vogue’s Editor in Chief Anna Wintour, who has overseen the Met Gala guest list since 1995, was said to regard Khloe as “too C-list” for the event.

Skip to 2021 and it seems things haven’t changed much, as while Khloe was not there, Kim and Kendall Jenner, were able to attend, as was their mom, Kris Jenner.

Kim and Balenciaga Creative Director Demna Gvasalia both covered up in a black faceless Balenciaga ensemble that included a mask over their entire head.

Meanwhile, Kendall stunned in a sheer nude gown with hundreds of hand-sewn jewels on the top layer and around her neck.

However, those who didn’t know about the “ban” may have thought they spotted Khloe when actress Hailee Steinfeld showed up looking like the Keeping Up With The Kardashians alum.

While she wasn’t there to partake in the festivities, Khloe instead took to her Instagram Stories to share a cryptic “sad” message instead.

It read: “Good morning. Today we are staying hydrated, meditating, ignoring people who makes us sad and communicating our feelings. Now go be great.”

She later shared a shot of Kendall at the event, and wrote “I’m not OK” over it.

Another famous member of the family who didn’t make an appearance is Kylie Jenner, who recently announced she is pregnant.

The 24-year-old took to her Instagram Stories to announce she wouldn’t be attending.

She wrote: “I’m so sad I couldn’t make it this year… I can’t wait to see all the looks.”

Kylie is currently expecting her second child with Travis Scott. 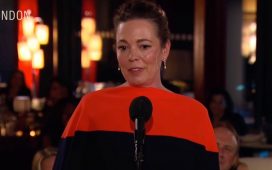 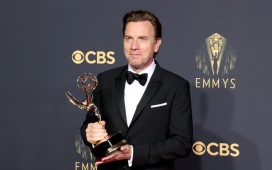 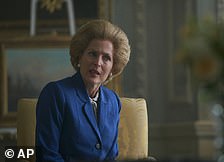 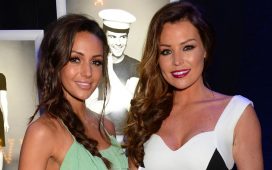 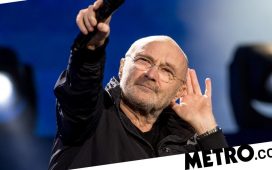